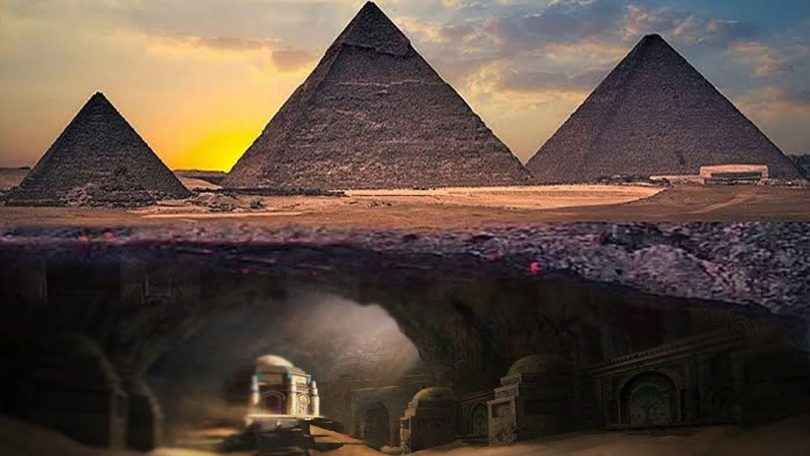 Egypt is a historical treasure. Packed with monuments, many have been discovered under the surface. This suggests the existence of a whole underground world.

Egypt is the land of mystery and ancient treasures. Many people still believe that the Great Pyramid of Giza is the oldest , however, there is one that is even older.

The Stepped Pyramid of Djoser was built about 4,700 years ago , in the Third Dynasty of Egypt.

According to Egyptologists, Djoser , during his reign, was in charge of its construction , naming Imhotep as its architect. A young man who, without knowing it, would revolutionize Egyptian architecture and continue to surprise us today.

The Step Pyramid and what it meant to Ancient Egypt 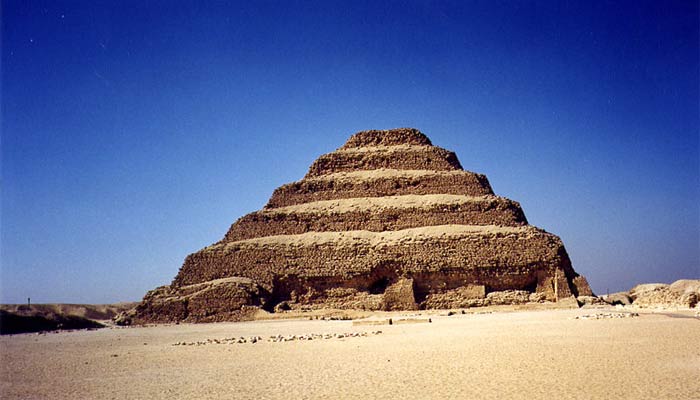 Egypt had never seen anything like it. It was built entirely of carved stone, becoming the first great monument in history.

For its construction, Imhotep had to have a colossal workforce , almost impossible. According to archeology, it took around 19 years to complete , suggesting that Djoser ruled throughout that time.

According to experts, the pyramid did not start as one, as its foundations show that it was thought of as a mastaba , so Imhotep had to redesign its construction in the process.

In fact, Egypt lacks square mastabas, or at least, to date, none have been found.

The Metropolis of Saqqara 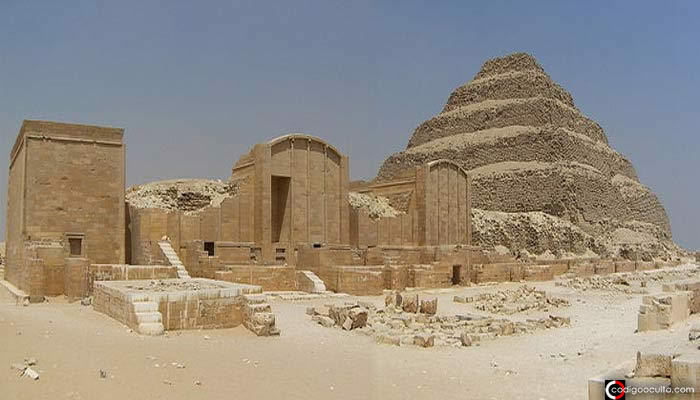 Despite the fact that this pyramid was the most complex construction in the Saqqara Metropolis , there are other buildings of greater importance in the area.

The structures that were in the center were totally surrounded by a limestone wall that reached up to 10.5 meters in height , which had up to 14 doors, but with only one entrance.

It should also be noted that the complex was massive ; it is estimated that it reached up to 15 hectares of land. Simply put, it was 3 times bigger than the Old Kingdom city ​​of Hierakonpolis .

Despite all the marvelous things that we have mentioned, from the dimensions of the complex and the construction of the pyramid, this takes second place when it is known that, under the surface , there is a city equal to or more impressive than the one on its surface.

If we believe that the entire Saqqara complex was colossal, the underworld that was built under the Djoser pyramid is a whole metropolis .

Until now, it is not known, nor is it understood, why Imhotep built a whole network of tunnels , chambers, rooms and an extensive labyrinth that, according to studies, reaches up to 6 kilometers in diameter.

This underground world is connected to a kind of chamber of several square meters, located at a depth of 28 meters   that is practically in the heart of the Step Pyramid.

Egyptologists assure that this intraterrestrial world under the pyramid would be a funerary complex that tried to imitate the palace and would serve as the place where the spirits of the royal family would live.

But there is a problem; if Djoser’s Step Pyramid was the one that inspired the construction of the rest of the pyramids , why weren’t more underground complexes built?

In fact, this was never attempted again in the next Egyptian generations, not even with the great complex of Giza and its colossal pyramids.

So far this mysterious complex has not been fully studied, so what it hides is not really known. We still have thousands of rooms to go through and study, so a story that, to date, has remained hidden from the world will possibly be discovered.