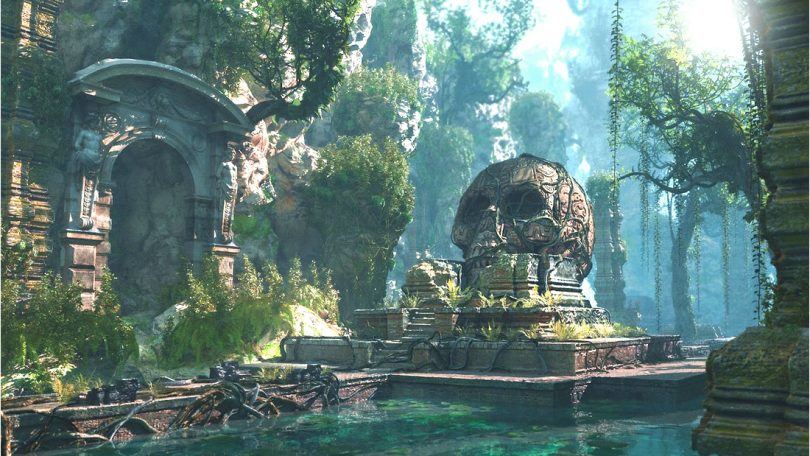 ” Lost City ” … This is how it is called in modern times. Founded as “Teyuna” by the pre-Hispanic aborigines of the Colombian jungle.

Teyuna means ” origin of the peoples of the Earth . ” It was built 1,100 meters high, with 169 terraces carved in stone. Ciudad Perdida formed the center of Tayrona culture , its religious and commercial center. It is estimated that it was built about 600 years before Machu Picchu of the Incas and that there are still 9 square kilometers to explore of it.

It is known as a type of Colombian ” Machu Picchu ” and was rediscovered in the 1970s . It is located in the middle of the jungle of the Sierra Nevada de Santa Marta . Archaeologists have concluded that it was founded in 660 AD. C.

History of the Lost City of Tayuna 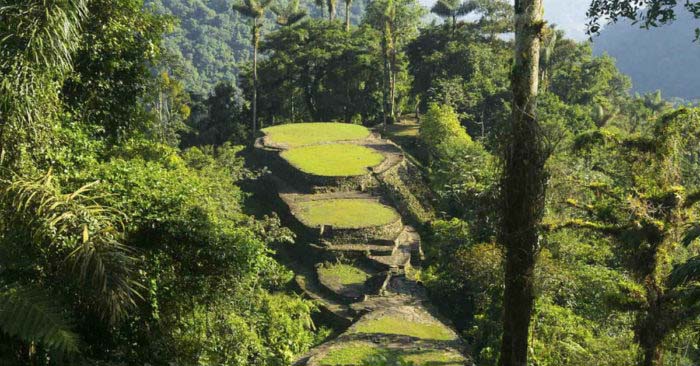 It has 169 stone terraces but it is still estimated that there are 9,000 square meters left ready to be explored. Its constructions include houses, squares, ceremonial centers, cobbled paths, bridges and aqueducts .

Another interesting construction is a hypnotic spiral staircase that leads to a ceremonial center , as well as a rock that could be a map of the city , but has also been called a “map of the mind . ”

Teyuna was abandoned between the years 1550 and 1600 when the Spanish began to invade the Pacific coast of Colombia. Likewise, the Tayrona also received European syphilis and smallpox and there their people began to drastically reduce . The Wiwa tribe are their descendants , a very spiritual tribe connected with the natural environment.

“Rediscovery” of the Lost City 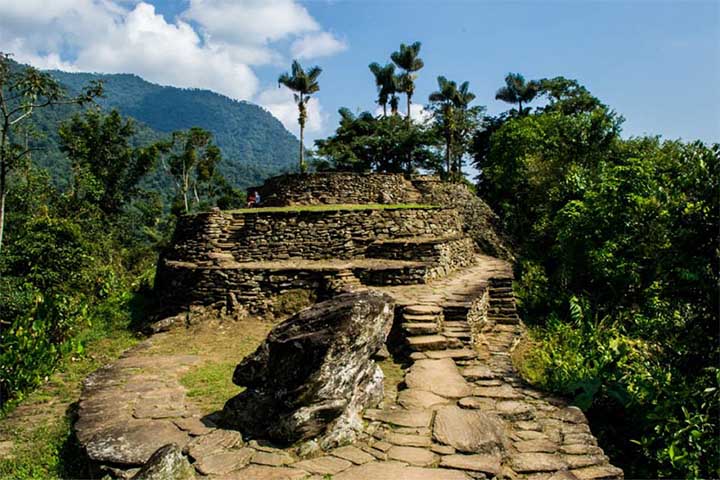 It took 372 years for it to be rediscovered by modernity. It was in 1972 , when bird hunters stumbled upon moss-covered stairs in the Buritaca River sector. They cleared and broke the tracks to reach the Teyuna platforms .

There they found tombs , which they excavated to discover treasures , artifacts and idols of gold . The Colombian authorities did not investigate the place until 1975 , when the existence of the Lost City was confirmed. Then archaeological excavations and restorations began. 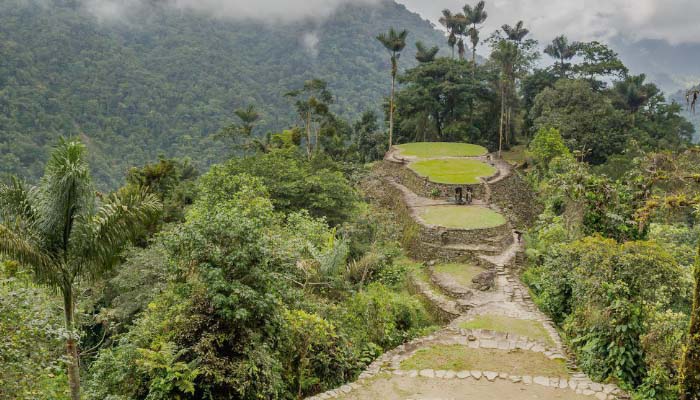 To get to the pre-Hispanic city in the heights, you can only take a path on foot that takes several days . Then you have to climb about 1,200 steps . This requires good physical condition!

The Lost City of Tayona is one of the largest in pre-Columbian America and shows the high level of civil engineering of this almost forgotten Tayrona town . And there is still much to discover, with its 9 kilometers hidden among the vegetation!