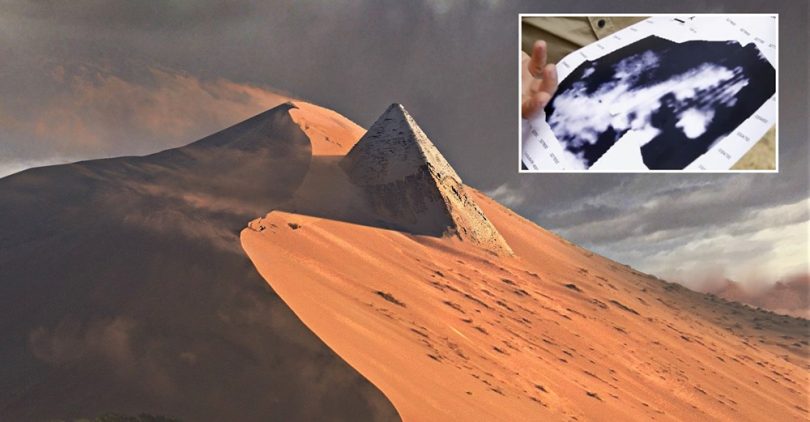 An Egyptian archaeologist believes to have discovered the site of a new pyramid after scanning the Saqqara desert.

Filled with tombs, the site served as a necropolis for the ancient Egyptian capital of Memphis and is home to numerous pyramids, including the world-famous Step Pyramid of Djoser .

A few months ago, his findings were revealed during the documentary Opening Egypt’s Great Tomb , broadcast in the UK on Channel 5.

“I have traveled more than 400 miles north of Aswan, but this is not a tourist visit , “ said Tony Robinson, host of the documentary.

“Dr. Vasko Dobrev has been working in the desert outside Cairo for the past 30 years and is in search of a new pyramid.”

“Often we only think of the famous pyramids of Giza , but this place called Saqqara has the first pyramid and many more.”

“The pyramids here spanned six centuries of Egyptian history, but one dynasty of pharaohs, in particular, chose to build their magnificent tombs at Saqqara,” he added in his introduction.

Dr. Dobrev surprised Robinson by explaining how numerous pyramids could be hidden under the sand.

There are about 120 pyramids around Egypt. The pharaohs built pyramids here because Saqqara is exactly opposite the Egyptian capital, Memphis, ” said Dobrev.

Do you see this little pyramid? This is Pepi II, his father is here, his great-grandfather is behind him and the whole family is close by ».

The pair then headed to the top of a flat plateau where Dr. Dobrev believes to be the site of an undiscovered pyramid.

“Maybe we have [under us] the pharaoh Userkare, he didn’t reign for long, maybe three or four years. He couldn’t finish a 52-meter-high pyramid in three years.”

“He may only have had time to create the base of the pyramid,” the archaeologist told Robinson.

“We are at a good height, we discovered that all the pyramids in Saqqara are at the same level.”

He then revealed the evidence to support his claim. Dr. Dobrev noted that the georadar had found something potentially artificial hidden under the sands:

So there is a kind of pyramid level and we have his father in the north, his son is there and his grandson is behind us. But we have something else, the new technology, geophysics, shows something with right angles.

“This is not done naturally, we have a kind of square here, 80 by 80 meters, which is exactly the size of the pyramids of that period.”

Beyond this revelation – which is several months old – there is still no indication of future plans to excavate the area where the alleged pyramid would lie.

However, with the recent push to investigate and unearth the secrets of the Saqqara necropolis, there could be hope that we will soon learn more about it.