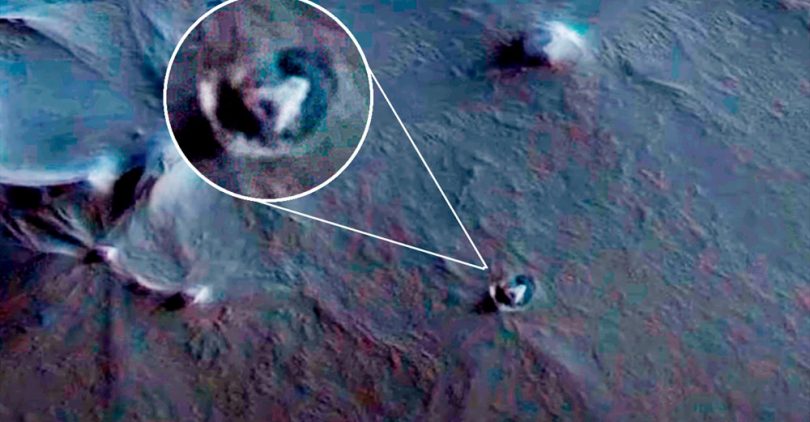 Google Earth has us used to discovering strange things, especially in little-explored territories like Antarctica.

But not only that, its surroundings suggest an impact scenario … or landing. What is it about?

“In the middle of nowhere, between frozen hills, we find a kind of crater with what appears to be a triangular object in its center, which looks or seems to have been built by someone,” they report from the SecureTeam10 channel.

“It is as if the object has landed there and left its mark; also its shadow is well cast on the snow. “

In the video uploaded to YouTube and shared here, Tyler explains how the shape of this Antarctic object reminds him of others found, for example, on the Moon, or the famous triangular or pyramidal UFOs .

Could it be the scene of a UFO landing or crashing?

Others do not risk so much, and think that it could be a simple meteorite, one that according to the Google Earth rule measures about 8 meters.

Quite a sizeable size considering what would have been burned in the atmosphere. After all, many have been found in Antarctica.

Whatever it is, natural or not, the truth is that in the software’s image history, the object does not appear before the year 2012, so it fell there – or emerged from the ice – at some point after that date. .