Warning: The magic method Tribe__Extension_Loader::__wakeup() must have public visibility in /homepages/20/d746359503/htdocs/clickandbuilds/MysteriousThings/wp-content/plugins/the-events-calendar/common/src/Tribe/Extension_Loader.php on line 157
 Aliens watch us in a galactic zoo controlled by them, say scientists – Mysterious Thing 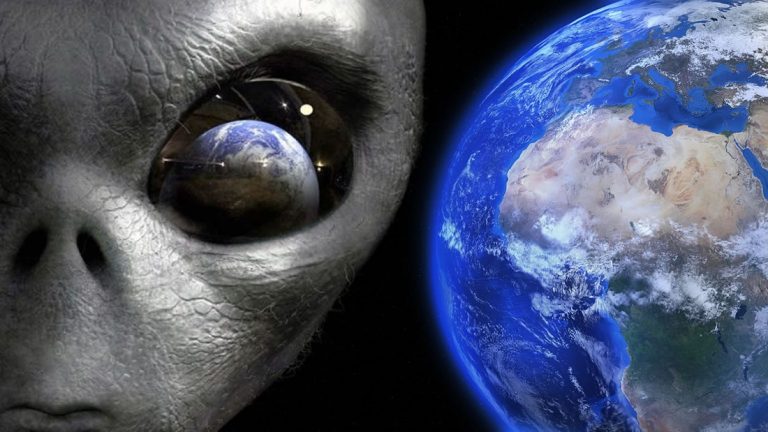 Are we alone? Probably not. After all, astronomers have already found 4,001 confirmed exoplanets in our Milky Way galaxy, and expect there to be over 50 billion exoplanets out there. For scientists gathering in Paris today, the question is different: why haven’t we made contact with alien civilizations?

What is the Fermi Paradox and the “Great Silence?”

Italian physicist Enrico Fermi asked ‘where is everybody?’ back in 1950 in what’s now called the Fermi Paradox. It addresses a contradiction in astronomy, and can be summarized thus: if extraterrestrial life and even intelligent alien civilizations are not just likely, but highly probable, then why have none of them been in contact with us? Are there biological or sociological explanations for this “Great Silence?”

“We are very interested in the scientific approach used in the analysis of the Fermi Paradox and the search for intelligent life in the universe,” said Cyril Birnbaum and Brigitte David at the Cité des Sciences et de l’Industrie (Cité), the science museum in Paris that’s hosting today’s meeting. “The question ‘Are we alone?’ affects us all, because it is directly related to humanity and our place in the cosmos.”

What are scientists doing in Paris?

Today, leading researchers from the fields of astrophysics, biology, sociology, psychology, and history are meeting at the Cité. “Every two years, METI International (METI stands for messaging extraterrestrial intelligence) organizes a one-day workshop in Paris as part of a series of workshops entitled What is Life? An Extraterrestrial Perspective,” said Florence Raulin Cerceau, co-chair of the workshop and a member of METI’s Board of Directors. The scientists are discussing some pretty insane-sounding questions:

“This puzzle of why we haven’t detected extraterrestrial life has been discussed often, but in this workshop’s unique focus, many of the talks tackled a controversial explanation first suggested in the 1970s called the ‘zoo hypothesis,’” said Raulin Cerceau. Ah yes, the idea that we’re being watched by aliens and … perhaps even being protected by them. 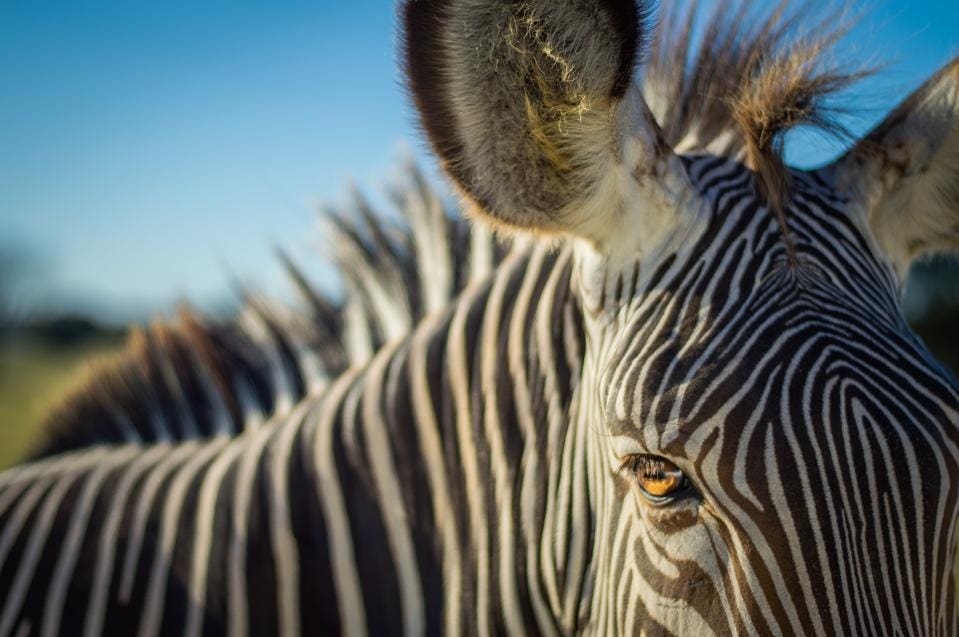 If a zebra started pounding out a series of prime numbers in a zoo, would we re-evaluate their intelligence? That’s how some scientists are characterizing the search for extraterrestrial intelligence.

What is the “zoo hypothesis”?

This is a mind-warping idea that there are alien civilizations out there (no, not on Oumuamua) that know all about us, but purposefully hide from us. It certainly explains the “Great Silence.” “Perhaps extraterrestrials are watching humans on Earth, much like we watch animals in a zoo,” explains Douglas Vakoch, president of METI. “How can we get the galactic zookeepers to reveal themselves?” At a workshop, Vakoch proposed that humans should be more active in the search for extraterrestrial intelligence. “If we went to a zoo and suddenly a zebra turned toward us, looked us in the eye, and started pounding out a series of prime numbers with its hoof, that would establish a radically different relationship between us and the zebra, and we would feel compelled to respond,” he said.

It’s hard to disagree with that. “We can do the same with extraterrestrials by transmitting powerful, intentional, information-rich radio signals to nearby stars,” he said. 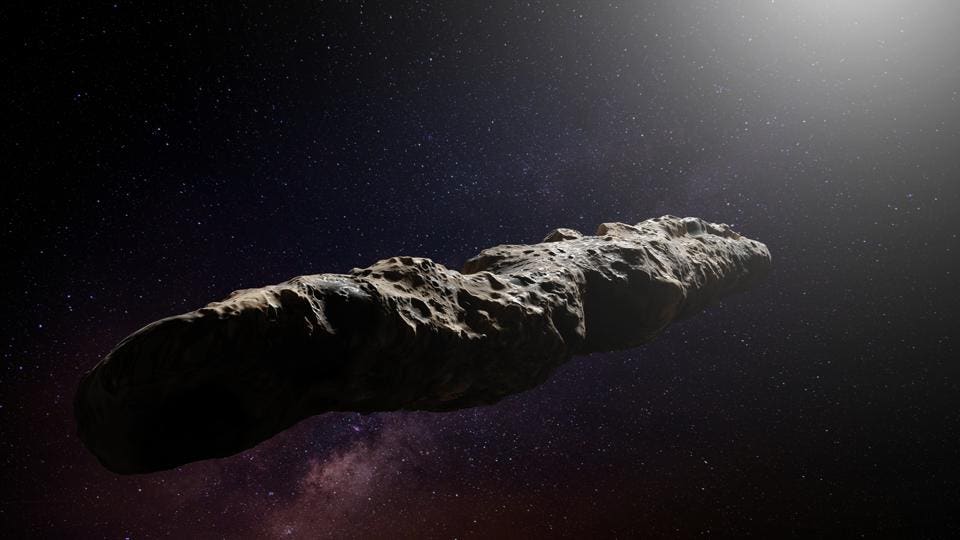 No, there are no aliens watching us from Oumuamua, the first interstellar asteroid that passed through the solar system in late 2018.

What is the “galactic quarantine” theory?

Think the “zoo hypothesis” theory is insane? That’s nothing compared to another theory about alien benevolence. “It seems likely that extraterrestrials are imposing a ‘galactic quarantine’ because they realize it would be culturally disruptive for us to learn about them,” said Jean-Pierre Rospars, the honorary research director at the Institut National de la Recherche Agronomique and co-chair of the workshop. “Cognitive evolution on Earth shows random features while also following predictable paths … we can expect the repeated, independent emergence of intelligent species in the universe, and we should expect to see more or less similar forms of intelligence everywhere, under favorable conditions,” he added. “There’s no reason to think that humans have reached the highest cognitive level possible. Higher levels might evolve on Earth in the future and already be reached elsewhere.” 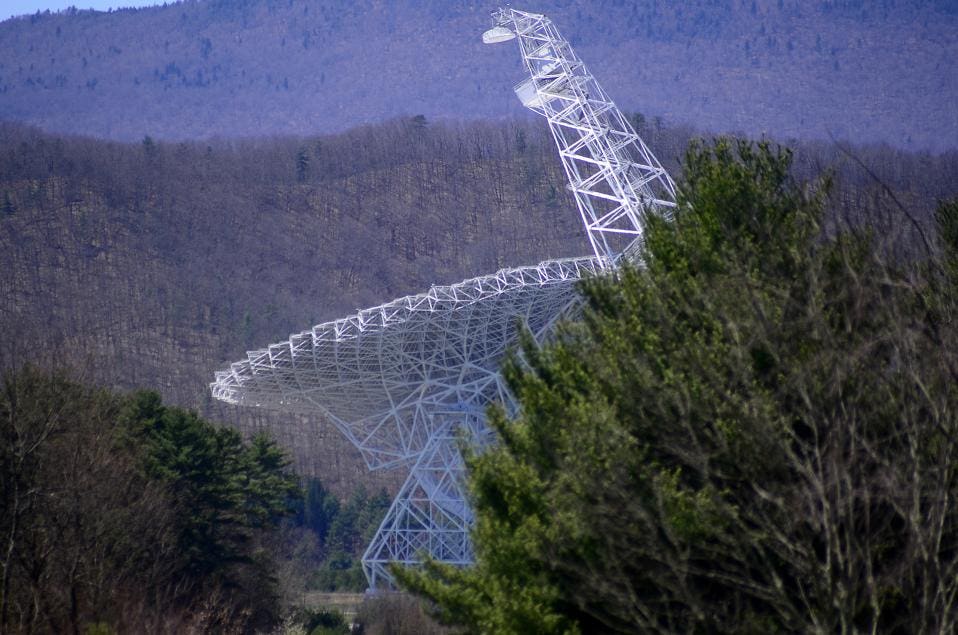 What does the Drake Equation try to do?

A formula to estimate the number of technological civilizations in the Milky Way galaxy, the Drake Equation is an attempt to put the Fermi Paradox into numbers. The Drake Equation was posited in 1961 by Dr. Frank Drake, a radio astronomer at the National Radio Astronomy Observatory in Green Bank, West Virginia.

What is the Drake Equation?

OK, don’t expect any answers here. The formula below, which comes from the SETI Institute might seem impressive, but it’s mostly guesswork. Practically speaking, its purpose is not to find a definitive answer, but to keep the discussion going about the search for extraterrestrial intelligence.

N = The number of civilizations in the Milky Way Galaxy whose electromagnetic emissions are detectable.

R = The rate of formation of stars suitable for the development of intelligent life.

fp = The fraction of those stars with planetary systems.

ne = The number of planets, per solar system, with an environment suitable for life.

fl = The fraction of suitable planets on which life actually appears.

fi = The fraction of life bearing planets on which intelligent life emerges.

fc = The fraction of civilizations that develop a technology that releases detectable signs of their existence into space.

L = The length of time such civilizations release detectable signals into space.

While for now, radio astronomy is the only practical way of humans sending messages out into the cosmos, says one scientist, only full-blown colonization of other stars is the only way to prove the existence of intelligent life. “It appears that although radio communications provide a natural means for searching for extra-terrestrial intelligence for civilizations younger than a few millennia, older civilizations should rather develop extensive programs of interstellar colonization,” said Nicolas Prantzos, director of research of the Centre National de la Recherche Scientifique (CNRS), in advance of Monday’s meeting. “This is the only way to achieve undisputable evidence, either for or against the existence of extraterrestrial intelligence, within their lifetime.” 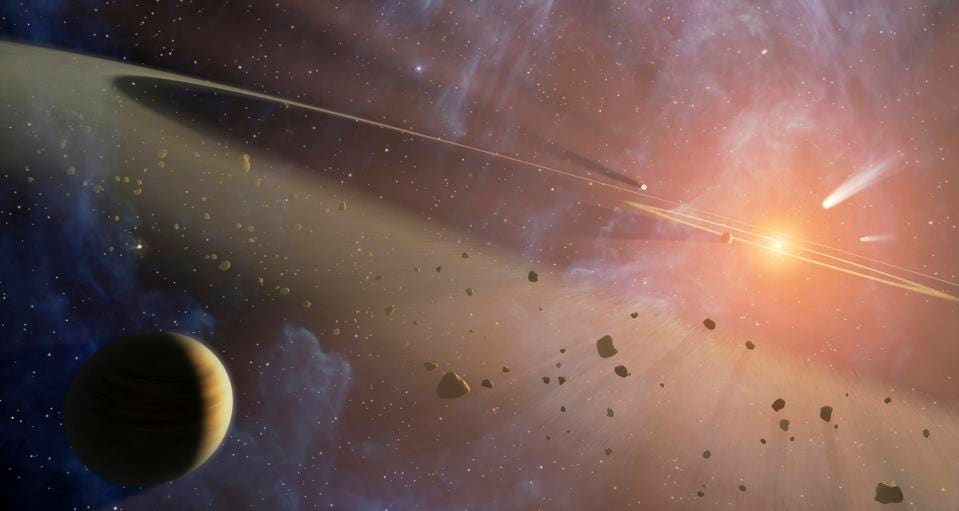 Why aliens could be very different from humans

Why should they be even remotely similar? “The environment on an exoplanet will impose its own rules,” said Roland Lehoucq, an astrophysicist who works at the Commissariat à l’Énergie Atomique (CEA). “There is no trend in biological evolution: the huge range of various morphologies observed on Earth renders any exobiological speculation improbable, at least for macroscopic ‘complex’ life.” Skeptical that humans would have much in common with extraterrestrial life forms, Lehocq discussed “our persistent anthropocentrism in our understanding and description of alien life” and how difficult it is for humans to imagine extraterrestrial intelligence radically different from ourselves.

In short? We’re too self-obsessed to even imagine extraterrestrial life, let alone find and communicate with it, and if there’s not going to be proof within our lifetimes, we’re not much interested in looking. Is there intelligent life out there? Probably, but we’ll probably never find it.