Warning: The magic method Tribe__Extension_Loader::__wakeup() must have public visibility in /homepages/20/d746359503/htdocs/clickandbuilds/MysteriousThings/wp-content/plugins/the-events-calendar/common/src/Tribe/Extension_Loader.php on line 157
 “Ancestral aliens are hibernating throughout the universe,” study states – Mysterious Thing 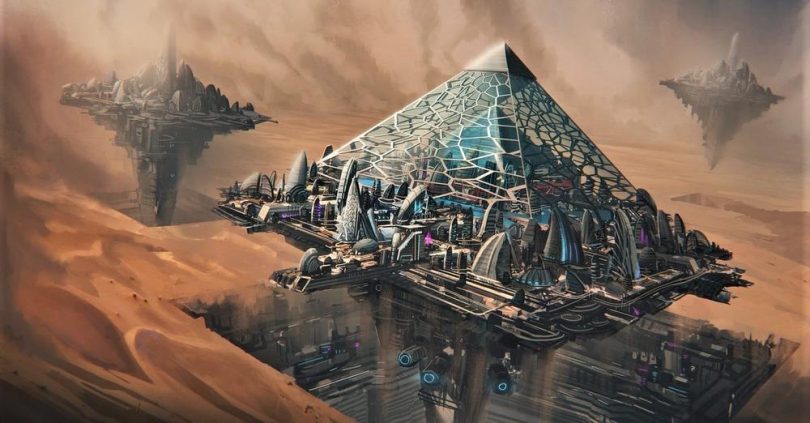 According to a study published in the Journal of the British Interplanetary Society, there are “ancient alien civilizations” that traveled the cosmos.

Even and possibly our Milky Way, but now they would find themselves in a state of “self-imposed hibernation”, waiting for a moment when the universe in which we live changes physically.

According to these statements, advanced extraterrestrial civilizations would find themselves in a period of deep self-imposed hibernation.

They would be waiting for a future where the universe is much colder than it is today, in order to harness some type of energy that is currently not available to anyone.

According to the Fermi paradox , the universe is a supermassive place in which billions of stars and planets are home to countless developed and undeveloped extraterrestrial civilizations.

Where Earth is just one of many planets that can support life … But if there are so many alien civilizations, how come we haven’t officially found them?

The reality is that even if the universe is populated by alien civilizations, there is no way to get in touch with them.

Unless they live in the Milky Way, it would be difficult to find traces of aliens, due to the expansion of space.

“It would take billions of years to get to these civilizations, and obviously we don’t have that kind of technology yet.”

However, there may be an explanation for all the confusion about aliens and why we haven’t found them yet.

Two Oxford University neuroscientists named Anders Sandberg and Stuart Armstrong, along with Milan Čirković of the Belgrade Astronomical Observatory in Serbia, have suggested that alien civilizations are in a self-imposed “hibernation” period.

That is, they are waiting for a future in which the Universe is colder than it is today in order to achieve a type of processing energy that cannot be achieved today.

The research was accepted for publication in the Journal of the British Interplanetary Society and establishes how conditions in our universe are simply too warm for a computer-based digital super civilization that has entered a state of hibernation of estivation, waiting for a time when the universe is much colder.

Scientists argue that more advanced civilizations may have already traveled the universe and are waiting for a better time to live and expand.

In the words of Sandberg and Kirikvić, “the cosmic background of our universe is three Kevin degrees above absolute 0, and as the universe expands, the average temperature will decrease exponentially.”

So “if you want to accumulate as much processing information with the energy you have, it makes sense to wait. It will be exponentially better ”.

The researchers explain that billions of years from now, when the cosmic background radiation of the universe is reduced to practically nothing.

Mainly due to the expansion rates of the universe and the extinction of stars, information processing will be achievable at a rate 1030 greater than what we can achieve today.

“An advanced ‘alien’ civilization may have explored a large part of the universe, done what is feasible with existing nature, and now mostly has internal ‘cultural’ things to do,” Sandberg explains on his blog.

“These things can be thought of as information processing.

If an alien civilization wants to maximize processing, they should not do it today, but wait until the cold future, when they will get so much more. Therefore, they should hibernate ”.

If this theory is true, it would mean that ancient alien civilizations are real and that they traveled through the universe and possibly even our galaxy, but are now extremely difficult to find.