Warning: The magic method Tribe__Extension_Loader::__wakeup() must have public visibility in /homepages/20/d746359503/htdocs/clickandbuilds/MysteriousThings/wp-content/plugins/the-events-calendar/common/src/Tribe/Extension_Loader.php on line 157
 The Great Pyramid of Giza “is proof of alien technology” – Mysterious Thing 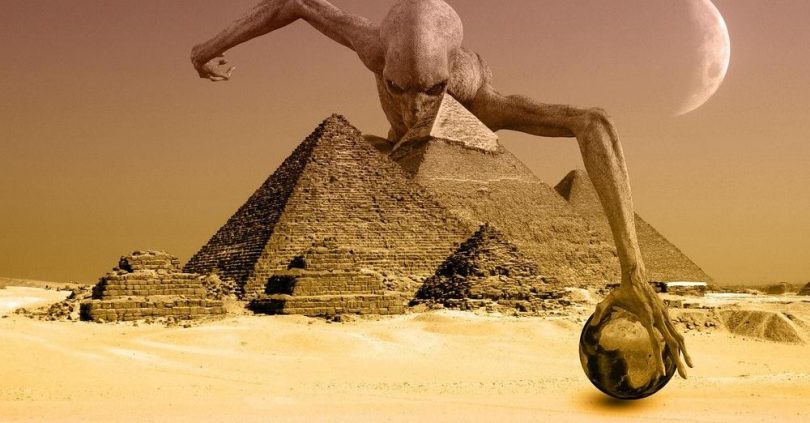 In recent years, several enigmatic discoveries have been made at the Great Pyramid of Giza that have led to the formulation of various theories. Is it possible that this amazing monument is proof of ancient alien technology?

The Giza pyramid complex is regarded as the greatest feat   of human engineering of all time. Many engineers have tried to replicate the Great Pyramid of Giza today,  without success .

If we still can’t build them .. What technology did the ancient Egyptians use? Is it possible that a stranger? “One  brought from space .”

The Great Pyramid of Giza and the mystery of its construction

Most hypotheses about  advanced ancient civilizations  and ancient astronauts are totally rejected.

However, archaeologists and historians who are not governed by the mainstream of history have  arguments  that are too convincing to ignore.

One of the latest documentaries on the subject featured on Amazon Prime, called “Egypt Exposed: The True Origins of Civilization,” showed an interview with Robert Bauval.

The alternative theory enthusiast laid out a compelling story that shows a strong possibility that the pyramids were built using  advanced technology .

Bauval locates the origins of civilization in Ancient Egypt and Africa, connecting the stars and astrology with the pyramids, hieroglyphs and other elements. Doing his own research in the Cairo museum, he became convinced that the Egyptians did not.

He revealed that in a room where the museum keeps the  relics of the builders , there is a wall with a huge photograph. It was taken by the Egyptian Air Force in 1950, it showed a  direct overhead of the 3 pyramids .

Robert Bauvall raised the question, since in the early 1950s, there was no internet, so he was surprised to see an aerial image, since they  were not common at that time . Much less satellite images.

He took a photograph of the image on the wall and developed it into black and white film. The man described the photograph;

“There were three pyramids, two very large, clearly in a diagonal line. The base of the pyramid is a square, and it had 2 squares along the diagonal. The third pyramid was much smaller, and is offset to the east or the left side.

He explained that Egyptologists believe that the kings who built the pyramids were  megalomaniacs .

Another documentary, this time from Netflix, called ” The Pyramid Code, ” archaeologists and theorists claimed that ancient Egyptians sought the Great Pyramid of Giza for clean energy.

“From that place, you know, maybe it was the energy of the Earth it seems as if they were trying to control the flow of this energy and use it for their own purposes.”

This is further explained on the YouTube channel “Strange Mysteries”, where the narrator mentions that the hieroglyphs depict ancient Egyptians using electricity with a light bulb.

It is extremely difficult to think that this civilization of more than 4,000 years could handle electricity, unless they have obtained the advanced knowledge necessary to do so … Who gave it to them?