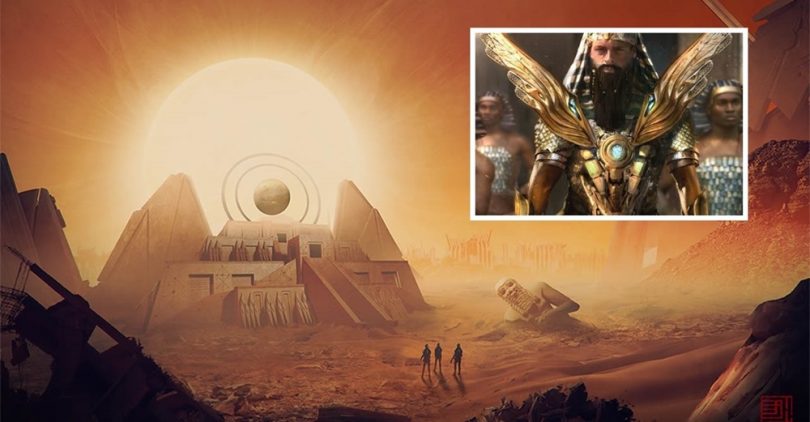 According to historians there is a “list of the Sumerian Kings” where it is mentioned that one of them ruled for 1500 years … about 5000 years ago.

The Sumerian King List mentions the “King of God,” who came as a guest of honor in a ” flying ship in the shape of a shield,” landing in a whirlwind of flames at the back of his Royal Palace.

When the history of the Sumerian Kings is analyzed, especially of this “King of God”, we can discover some aspects that the scholars of the traditional current of history have not been able to answer.

Sumeria has always been a topic of debate for experts. The theory of the ancient astronauts affirms that there was the beginning of all civilization and humanity.

In a deep study of Sumeria , a variety of stories can be found where powerful deities that came from heaven are named. Encounters with gods and a technology not known on Earth before modern civilization discovered it.

In their mythology you can find events that can be interpreted as proof that there was extraterrestrial contact in ancient times. When you read that powerful gods once landed on Earth.

And that in a corner of Mesopotamia civilization began, all this can be seen in the List of the Sumerian Kings:

After “royalty descended from heaven” it was found that there were 5 cities   on the Sumerian Kings list, and that their 8 kings ruled 241,000 years .

“After royalty descended from heaven, royalty was in Eridu. In Eridu, Alulim became king; ruled for 28,800 years »

The list of the Sumerian Kings is an ancient stone tablet in the original Sumerian language, where “the ancient rulers” and how they came to Earth are clearly established. They are described as powerful kings who ruled the Earth for tens of thousands of years.

Traditional archeology regards this list as simple mythology. History and the antidiluvian kings who ruled for thousands of years are not recognized.

However, this does not mean that they did not exist or that it is only a legend. The Sumerian Kings list describes how one of the kings, Kingship was transported by the gods, in the same way it could be transported to any ancient city.

The confirmation of these texts could be found in the Ashurbanipal library, where there are some ancient texts that mention “King Etana”.

Etana is also mentioned in an enigmatic list, being considered as “The shepherd who ascended to heaven and consolidated all foreign countries.” But what is most surprising is the time he ruled; 1560 years.

The list mentions that Etana was the 13th King of the Kish dynasty . The first dynasty to rule after the great universal flood .

How is it possible that a single man has ruled for more than 1500 years? Who were these kings? Etana continues to be denied as someone “real” to traditional archeology. Still, the Sumerian texts are accurate and leave no room for imagination.