Warning: The magic method Tribe__Extension_Loader::__wakeup() must have public visibility in /homepages/20/d746359503/htdocs/clickandbuilds/MysteriousThings/wp-content/plugins/the-events-calendar/common/src/Tribe/Extension_Loader.php on line 157
 Former Navy Officer Tells The Truth Behind Antarctica – Mysterious Thing 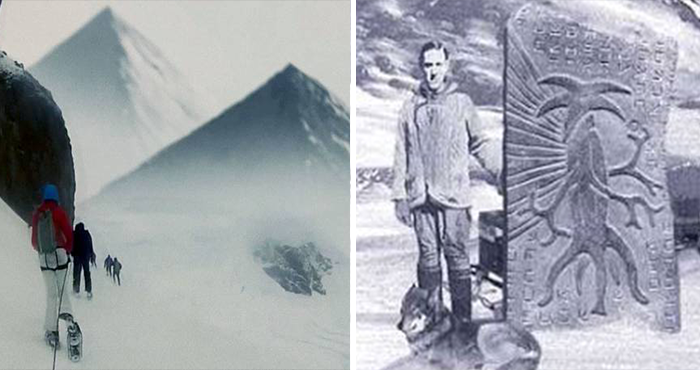 A naval officer came clean about the biggest secrets he saw in the no-fly area in Antarctica. Among everything, he mentioned an enormous gap in the ice within a region they were traversing with the medical emergency. He also carried a group of scientists who vanished for an entire period of two weeks and were terrified after that.

Antarctica is a place that never stops surprising with its secrets. Starting from the mystery of its ancient past and ending with the numerous alleged accounts suggested during the years, this remote continent remains to be a real enigma.

According to many authors, Antarctica is a place full of secrets beneath its surface. They further claim that this is the exact reason this place is so isolated from the public.

One of the theories circling around this continent is that once, it was resided by an ancient civilization.

Much evidence supports the hypothesis that the icy continent wasn’t as frosty as it is now in the distant past. On the contrary, it could have had a blooming vegetation and people could have lived there, building advanced structures.

The main question, however, is why Antarctica has become the heart of all kinds of fascinating conspiracy theories?
We will try to explain this question with the simplest answer. This continent is the most detached place on Mother Earth, thus, people can’t just easily go there and study its past.

Moreover, there are multiple ancient maps that illustrate Antarctica not as we see it today but rather iceless.

For instance, the 1513’s map by Turkish Admiral Piri Reis is one of the most polemical of them all, still causing debates in our contemporary society even today.

This map, namely, draws Antarctica which was only, in fact, discovered between 1818-1820.

According to the mainstream claims, the first journeys to the continent happened in 1820. The Russian travel’s leaders were Fabian Gottlieb von Bellingshausen and Mikhail Lazarev, while the British journey’s leaders were Edward Bransfield and an American sealer Nathaniel Palmer.

On the other hand, the first landing likely happened one year later, when the American sealer Captain John Davis set foot on the icy surface.

Norwegian Ronald Amundsen ultimately reached the Pole on December 14, 1911. He managed to defeat the British Robert Falcon Scott during a dramatic contest.

What the stories above have in common is that they all originate, less or more, from recent times.

Then again, the maps we mentioned date back 5 centuries ago, yet, they clearly do depict the continent. Some of them even show it without ice.

In 2012, a satellite picture of the icy continent was the reason for the rise of many unanswered questions. It showed a bizarre oval-shaped structure arranged in such a remote place on Earth.

Measuring 400-feet across, this structure imposed the dilemma whether it emerged naturally or it was man-made.

Anyway, this structure is just a part of the whole collection of many unusual things that exist there.

And they only add to the stories of numerous informants who claim the society doesn’t own a clue about the real deal going on in Antarctica. 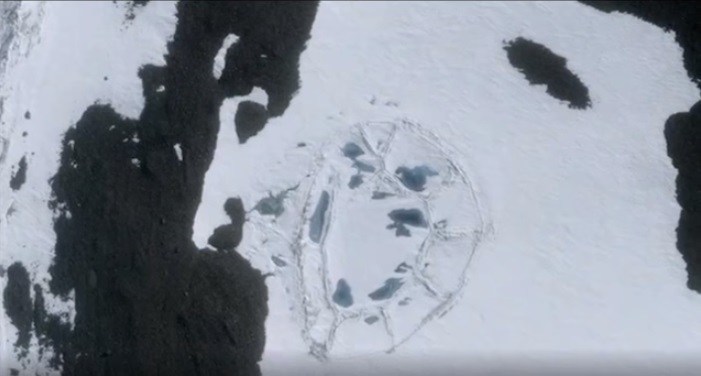 What is mentioned as a ‘truly shocking and astonishing video on extremely strange events in the Antarctic continent’ has recently been uploaded to YouTube, prompting a large discussion?

“A naval officer tells us what he remembers, including seeing a huge opening in the ice in a no-fly area they were crossing with a medical emergency on board. Then he ferried a group of scientists who had disappeared for two weeks, and has specifically been warned not to refer again to this subject. As he put it, they looked scared. When they returned to McMurdo, their gear was isolated and they were flown back to New Zealand in special plane. He discusses what he saw and experienced in detail. This is the most provocative story about what is going on in Antarctica ever presented anywhere.”