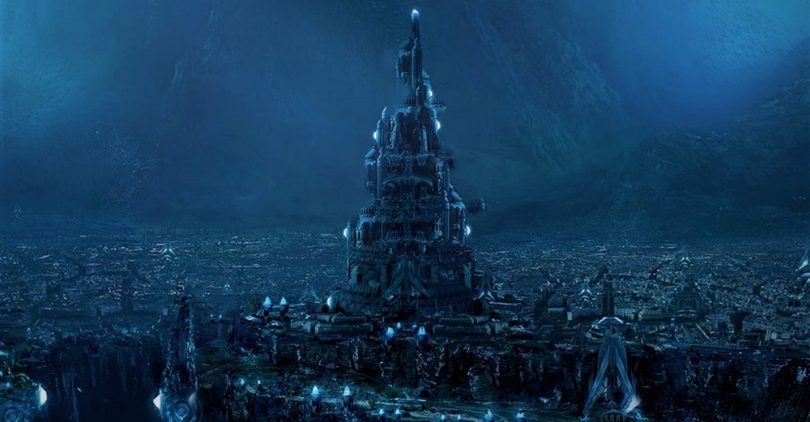 The golden dream of archeology would be to find Atlantis . For some a fantastic place, however, there are records of this continent for centuries. Now, a submerged pyramid reopens the debates about its existence.

The pyramid could be 20,000 years old and be in the same location where Plato claimed to have found the mythical city.

The birth of the legend

It is Solon the Athenian politician, legislator and statesman who makes Atlantis known to the world, after his meeting with the Egyptian priest Sonchis de Sais, on one of his trips to the African country.

The priest told the story of a city that existed some 9,000 years before his time . In Plato’s dialogues “Timaeus” and “Critias” Solon invokes Plato and claims that it is he who will tell the location of Atlantis.

For Plato, Atlantis is the source of history , an energetic island that appears as a great military power 9,000 years before the legislator Solon.

Larger than Libya and Asia Minor together, located after the Pillars of Hercules. Its power was so immense that it conquered Western Europe, North Africa, until Athens could stop it.

It was at the same time that an unprecedented cataclysm completely wiped out the armies and the island.

“Through violent earthquakes and floods, in a single day and night of misfortune … [The entire race] … was absorbed by Earth and the island of Atlantis … disappeared into the depths of the sea.”

The sea where Atlantis was located was no longer navigated because there were very few survivors, Athens and Greece forgot the disaster .

However, Egypt does remember the stories of that city. A manuscript that mentions Citrias, says that his legacy was preserved for thousands of years until he reached Solon.

Submerged pyramid would reveal the existence of Atlantis

Experts wonder what exists behind the columns of Hercules that could suggest that Atlantis was there?

Currently there are 9 volcanic islands that make up the Azores, a place located more than 1,000 kilometers from Lisbon, the capital of Portugal.

In recent years, experts have identified a huge structure near the islands of São Miguel and Terceira in the Azores that could be a submerged pyramid.

Surprisingly, the islands of the Azores is the exact place that Plato mentions as the area where Atlantis existed.

Several experts discovered that the submerged pyramid is perfectly square , with an equally exact orientation at its cardinal points .

Scientists confirm that the structure has been under the sea for at least 20,000 years. Or from the time when the glaciers on Earth melted, after the last Ice Age.

The Portuguese media attributed their find to Diocleciano Silva . According to his estimates, the pyramid measures at least 8,000 square meters and 60 meters high.

A new find sheds more light and controversy on the legend of Atlantis. Could this submerged pyramid be proof that it existed there?