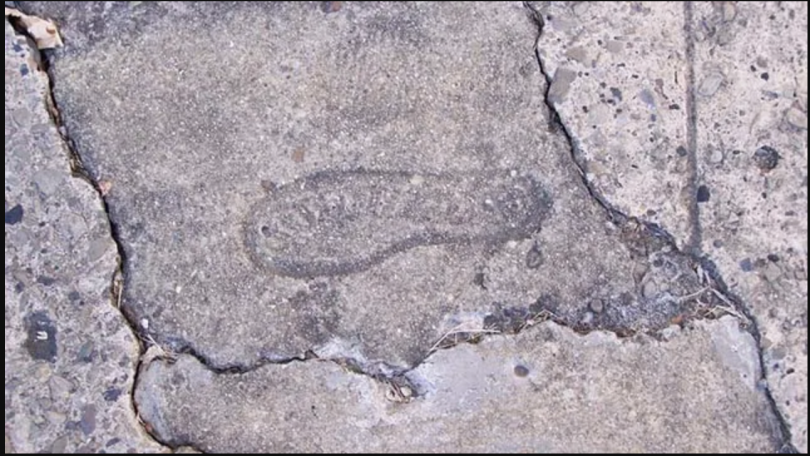 Written by Mysterious Society Team
This shoe print fossil was reportedly discovered in a coal seam in Fisher Canyon, Nevada. This particular vein is believed to be approximately 15 million years old, so the footprint has to be of a similar age. Close examination of the fossil reveals traces of a double stitched line around the perimeter. It appears to be a size 13, and the right side of the heel appears to be more worn than the left. There is no explanation of how it got there.

Unfortunately there is not much additional information, just the photo and where it was found. This is the only image that has been shared of the find, and no further information has been given about the exact location of the footprint. Some believe that it is to preserve it from being damaged by curious people who approach the place.

Some theories have been raised as to how the footprint was imprinted on the rock. Another is that time travelers went back in time and inadvertently left this imprint on the soft ground.

If this photo is real, how could the imprint of a modern shoe be imprinted on a 15 million year old material?