Warning: The magic method Tribe__Extension_Loader::__wakeup() must have public visibility in /homepages/20/d746359503/htdocs/clickandbuilds/MysteriousThings/wp-content/plugins/the-events-calendar/common/src/Tribe/Extension_Loader.php on line 157
 “Something or someone” is observing the Ingenuity helicopter on Mars (Video) – Mysterious Thing 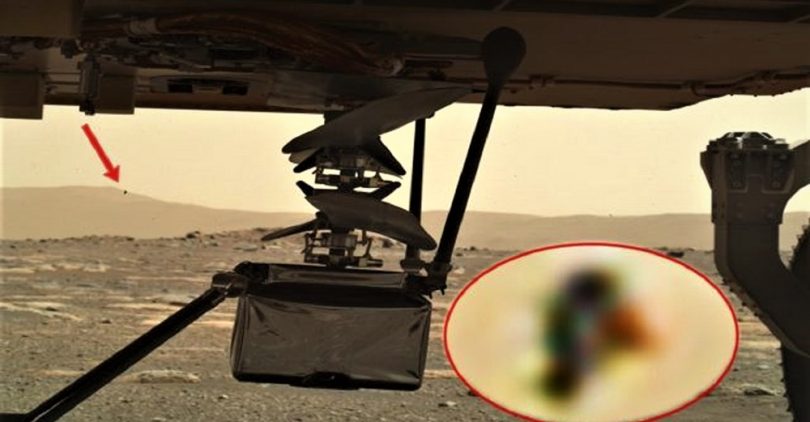 Mars is getting more interesting every day: The anomalies continue on the neighboring planet and in addition, today we have “a visitor watching” the Perseverance and the Ingenuity helicopter.

NASA’s Perseverance Rover, which landed safely on the Martian surface on February 18, has been carrying the “Ingenuity” helicopter on its belly.

The Rover dropped Ingenuity to the surface of Mars, where it would have to survive temperatures as low as minus 130 degrees Fahrenheit (minus 90 degrees Celsius).

Once the airfield was selected along with the Perseverance mission team , the spacecraft began to slowly unfold from underneath the rover.

But once the Rover dropped the helicopter, something seems to be watching the process, and naturally it wouldn’t be human or terrestrial or … is it possible that it is? What was on the horizon watching the event?

The Ingenuity Mars helicopter, which arrived with the Rover Perseverance, is the first powered and controlled flight in another world.

During the helicopter deployment process, an unknown anomaly can be seen suspended in the air and near a mountain.

At first glance it seems to be even a possible bird, but of course, we do not believe that it is already, that experts say that Mars is dead.

So if we discard that it is a bird, we are left with a stain that has been impregnated in the Rover’s camera, but it cannot be a stain either, since in the following shots it does not appear.

What was happening there at that time? A UFO perhaps? A biological entity that lives in the skies of Mars?