Warning: The magic method Tribe__Extension_Loader::__wakeup() must have public visibility in /homepages/20/d746359503/htdocs/clickandbuilds/MysteriousThings/wp-content/plugins/the-events-calendar/common/src/Tribe/Extension_Loader.php on line 157
 Pentagon admits that military planes had an encounter with a UAP – Mysterious Thing 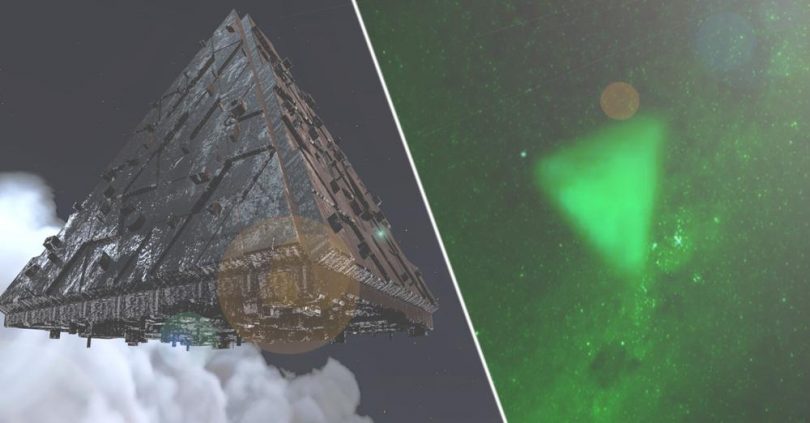 Documentalist Jeremy Corbell posted on a night vision video that was captured by a United States Navy destroyer. In which UFOs appear flying over warships. Now, the Pentagon has confirmed that meeting.

The Pentagon admitted that a US Navy destroyer captured UFOs with its night vision camera.

Sue Gough , a spokeswoman for the Department of Defense, stated that the photos and videos Corbell referenced were taken by Navy personnel .

UFO sightings by officials, at least in the United States , have become so relevant that they can no longer be hidden. Like the last case that has been confirmed by the Pentagon.

This group is the one who is currently in charge of investigating and confirming the encounters that the US military have had with UFOs.

The Pentagon spokesman mentioned that, to maintain the security of operations and avoid “revealing information that may be useful to its adversaries,” the Department of Defense does not publicly discuss the details of the investigations.

The UFO topic has become extremely controversial in recent years. The amount of news and disclosures made by former officials of the government of the United States has initiated a “new boom.”

However, the images captured by different means still do not have a clear origin . In addition, official sources do not finish clarifying the matter either , so these could have different explanations.

The New York Times, during the pandemic, published an article mentioning the incredible increase in UFO reports . These sightings doubled in New York City, compared to previous years.

The green hue video that UAPTF picked up was leaked into the documentary “Bob Lazar: Area 51 & Flying Saucers.” Those responsible for this film were filmmaker Jeremy Corbell and KLAS TV news director George Knapp , according to The New York Post and The Sun.

The small video from a night vision camera shows pyramid-shaped objects , flying low over the deck of a Navy destroyer.

Corbell, in an interview with the Mystery Wire portal, stated that the video was captured during a USS Russell deployment .

“This is not something foreign military, since they behaved in a way that we did not expect. And they had a non-streamlined shape. Like pyramids, they are flying pyramids! “

The filmmaker also said that the video was taken in 2019 and that he himself was in charge of verifying the veracity of it.

This he did, after obtaining data, from a Pentagon intelligence briefing. There, officials confirmed that the images were filmed thanks to the Navy, but they did not say much more.

One more sample that strange events are happening in our skies and it is increasingly difficult to hide the truth. Is the reveal coming? It is very possible and we must be prepared.