Warning: The magic method Tribe__Extension_Loader::__wakeup() must have public visibility in /homepages/20/d746359503/htdocs/clickandbuilds/MysteriousThings/wp-content/plugins/the-events-calendar/common/src/Tribe/Extension_Loader.php on line 157
 The banker blinked with “inhuman” eyes on live TV – Mysterious Thing 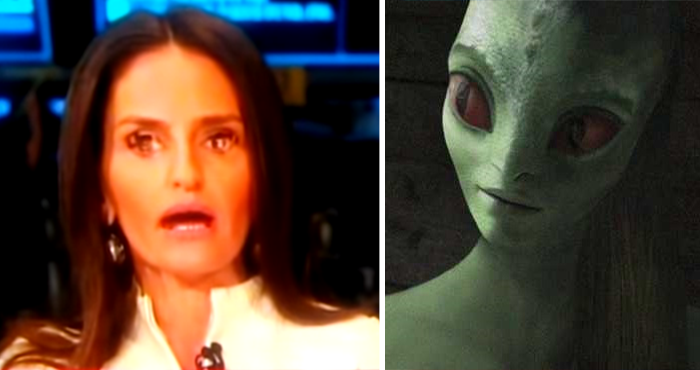 A casual viewer recently watched the news on the American television channel CNBC and noticed something strange on air.

On the screen, the banker Ally McCartney, one of the leaders of the branch of the UBS Group AG financial holding in the USA, was shown. The woman calmly talked about her work when she accidentally looked into the camera and suddenly blinked. At that moment, her eyes unexpectedly acquired some kind of “inhuman” look, as if from a reptilian or a robot .

Conspiracy theorists have long said that aliens secretly seized the Earth. According to supporters of conspiracy theories, these invaders occupy high positions in politics, science, religion, the army, the banking sector, the media, and the arts.

In short, they control almost all aspects of our life with you. Perhaps they want to gradually destroy humanity, or simply keep it under control, sucking the resources they need from the planet.

Many Internet users who watched the video below, thought that Ally McCartney was just such an outsider, mimicking a person. Say, at a certain moment this disguise briefly failed, and the eyes of the “invader” appeared before us in their true form. As for skeptics, according to their opinion, this is only a defect in shooting or video artifact. What do you think? What could it be, and what is the reason for this?