Warning: The magic method Tribe__Extension_Loader::__wakeup() must have public visibility in /homepages/20/d746359503/htdocs/clickandbuilds/MysteriousThings/wp-content/plugins/the-events-calendar/common/src/Tribe/Extension_Loader.php on line 157
 The strange case of Rudolph Fentz, the man from 1800 who “died” in the future – Mysterious Thing 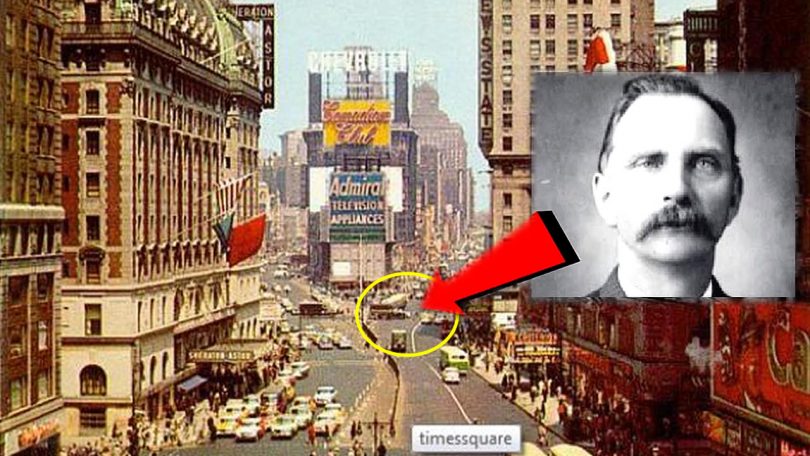 In New York’s bustling Times Square in 1950, a man named Rudolph Fentz was hit and killed by a car after entering traffic. Although not a completely strange occurrence, Fentz was nonetheless no ordinary pedestrian and was found dressed in 1800s clothing and strangely dated items. The upshot of which is that some suspect that he was some time traveler.

Police officers searching for Fentz’s body after he was run over found among his belongings visiting cards with his name and an address on Fifth Avenue, $ 70 in old bills, a letter addressed to the same address in Philadelphia, the name of a salon and a receipt for the maintenance of a horse and the transport of a stable on Lexington Avenue.

Interestingly, however, the cavalry stable could not be found in any address book, and the hall was not found anywhere in the area, either. The address Fentz had on his business cards contained a business, but no one had heard of it either.

After initial findings, the case was turned over to Captain Hubert V. Rihm of the New York Police Department Missing Persons Squad who found the bank account linked to the mystery man’s name. However, he was told that the account holder had died five years ago, but found details of his wife. On the trail, she contacted the woman who told police that her husband’s father shared the same name and that he had disappeared in 1876 at the age of 29.

Rudolph Fentz appeared in 1950 in NY’s Time Square. The story is believed to be a work of fiction, with several different versions of the story having been published over the years. A 1951 news story, however, which was apparently the inspiration behind the other versions has since been found. Rudolph Fentz’s disappearance has also been verified by the investigation.

If the incident was a stunt, apparently the fact that Fentz looked confused and then was run over and killed suggests it didn’t end as he had envisioned. The other possibility was that he was not a volunteer participant and that perhaps he had been drugged before being released on the road.

Another possible explanation is that Rudolph was, in fact, the second, who would have died five years earlier. Presumably having left his wife and family and secretly started a new life until the day his body was discovered years later.

Is it possible that Rudolph Fentz has traveled in time? What is your opinion?