Warning: The magic method Tribe__Extension_Loader::__wakeup() must have public visibility in /homepages/20/d746359503/htdocs/clickandbuilds/MysteriousThings/wp-content/plugins/the-events-calendar/common/src/Tribe/Extension_Loader.php on line 157
 Why Is Nikola Tesla Literally Erased From History Books? – Mysterious Thing 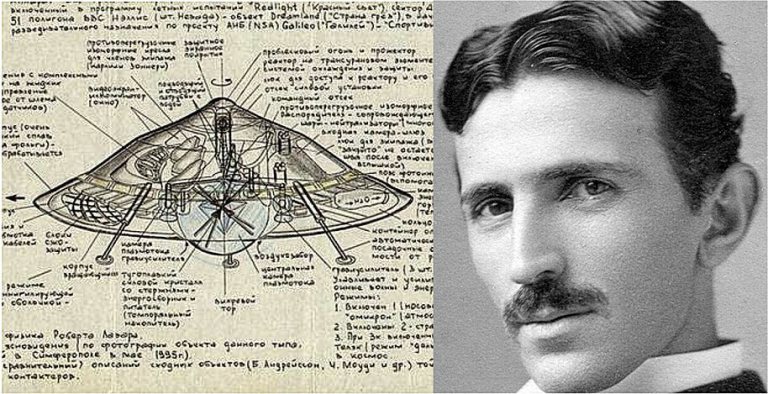 Did Nikola Tesla’s Strange Obsession With UFOs, Antigravity and Aliens get him banned from History books? Did these crazy ideas get him banned from history? It seems that whenever someone talks about Nikola Tesla they wonder how did he go unnoticed in history books? Why was his legacy pushed out of society? And why is literally erased from history?

WHY IS HIS LEGACY PUSHED OUT OF SOCIETY?

Tesla was a man far ahead of his time, and his countless inventions are evidence that this man was, in fact, the most incredible inventor to ever live on Earth. If it weren’t for this man, things like smart phones, radio, remote controlled devices, etc… would be something completely unknown to us.

But a part of these ‘conventional’ intentions, Tesla had quite a few that seem to have come straight out of a science fiction movie script. UFO’s, Antigravity and Alien beings were anything but unfamiliar for Tesla who even claimed to have contacted beings not from Earth while working on one of his projects.

My brain is only a receiver, in the Universe, there is a core from which “We” obtain knowledge, strength, and inspiration. I have not penetrated into the secrets of this core, but I know it exists. – Nikola Tesla

Tesla was onto great things, technologies that most scientists today cannot even imagine. In 1928, Tesla registered yet another patent: number 1,655,144: A flying machine that resembled both a helicopter and an airplane. Before his death, Tesla had developed the blueprints for the propulsion system of his aircraft. He called it “SPACE DRIVE” or the anti-electromagnetic field propulsion system. Interestingly, according to William R. Lyne in “Occult Ether Physics”, in a conference that Tesla had prepared for the Migrant Welfare Institute on May 12, 1938, he spoke about the Dynamic Theory of Gravity. Tesla had discovered the secrets for creating the perfect vehicle that could get people into space, was relatively cheap to build, and had a propulsion system that did not use fuel. Tesla had discovered a way to harness unlimited energy which he claims was located everywhere around us. It was our job to harness this energy, and Tesla knew how to do it.

“I have worked out in all details and hope to give to the world very soon. It explains the causes of this force and the motions of heavenly bodies under its influence so satisfactorily that it will put an end to idle speculation and false conceptions, as that of curved space. Only the existence of a Weld of force can account for the motions of the bodies as observed, and its assumption dispenses with space curvature. All literature on this subject is futile and destined to oblivion. So are all attempts to explain the workings of the universe without recognizing the existence of the ether and the indispensable function it plays in the phenomena.”

Tesla discovered that the electrostatic emission surface of a conductor will always concentrate where the surface is curved, or where it has an edge. While steeper the curve, or corner, the higher the concentration of electron emission is. Tesla also noted that an electrostatic charge will flow over the surface of a conductor rather than penetrate it. This is referred to as the Faraday Effect or skin effect discovered by Michael Faraday.

This also explains the principles of the Faraday cage, which is used in high voltage research laboratories to protect humans and the electro-sensitive equipment from damage.

According to UFO reports, the inside of these “vehicles” is composed of circular channels or columns which go through the center of the craft. These serve, as a superstructure for the rest of the disk-shaped object and carry a high voltage and a high-frequency coil. It is believed to be a resonant transformer which gives electrostatic and electromagnetic load to the craft and its polarity. The coil inside the craft is what we know today as a Tesla Coil invented by Nikola Tesla in 1891.

Nikola Tesla said: “There is a difference between progress and technology, progress benefits mankind. Technology does not necessarily do that.”

One night, when he was alone in the laboratory, Tesla observed what he cautiously referred to as electrical actions which definitely appeared to be intelligent signals. The changes were taking place periodically and with such a clear suggestion of number and order that they could not be traced to any cause then known to him.

This incident was the first of many in which Tesla intercepted what he felt were intelligent signals from space. At the time, it was surmised by prominent scientists that Mars would be a likely haven for intelligent life in our solar system, and Tesla at first thought these signals may be originating from the red planet.

While in Colorado Springs, Tesla intercepted strange radio signals that spread through the media incredibly fast. Tesla observed unusual signals from his receiver; Tesla concluded that these signals might actually be signals that have originated somewhere in space. He mentioned these signals in a letter to reporter Julian Hawthorne at the Philadelphia North American on 8 December 1899 and in a December 1900 letter about possible discoveries in the new century to the Red Cross Society where he referred to messages “from another world” that read “1… 2… 3…”.

But Tesla was not the only one who was able to intercept these mysterious signals. Guglielmo Marconi, 1st Marquis of Marconi, was an Italian inventor and electrical engineer, known for his pioneering work on long-distance radio transmission and for his development of Marconi’s law and a radio telegraph system. Guglielmo Marconi also intercepted signals originating from space a few years after Tesla; researchers have since claimed that Tesla and Marconi intercepted the same signals.

THE PERFECT UFO: MADE BY TESLA

The methods used in the design of the flying saucer matched the descriptions of those who claimed to have seen a from the UFO inside: with a discoidal capacitor with sufficient size to provide enough thrust to fly, while other small capacitors allowed to control the direction of the flying saucer, to which he added a gyroscopic stabilization system and an electric “drive” control. And if all of that isn’t enough, Tesla had more; the interior of the ship was equipped with flat screens and external video cameras for the pilot’s blind spots.

Tesla’s UFO has eyes, and these were made of electro-optical lenses, arranged in quadrants, allowing the pilot to see everything. Screens and monitors are placed on a console where the browser can observe all areas around the vehicle, and Tesla’s incredible invention included magnifying lenses, which could have been used without changing positions. Basically, it is an incredibly well-designed aircraft, one that we could actually manage to build today. Or have we already built it? What happened to this invention? Why are we not flying into space with Tesla’s incredible invention?