Warning: The magic method Tribe__Extension_Loader::__wakeup() must have public visibility in /homepages/20/d746359503/htdocs/clickandbuilds/MysteriousThings/wp-content/plugins/the-events-calendar/common/src/Tribe/Extension_Loader.php on line 157
 A “200 million-year-old shoe print” could change history – Mysterious Thing 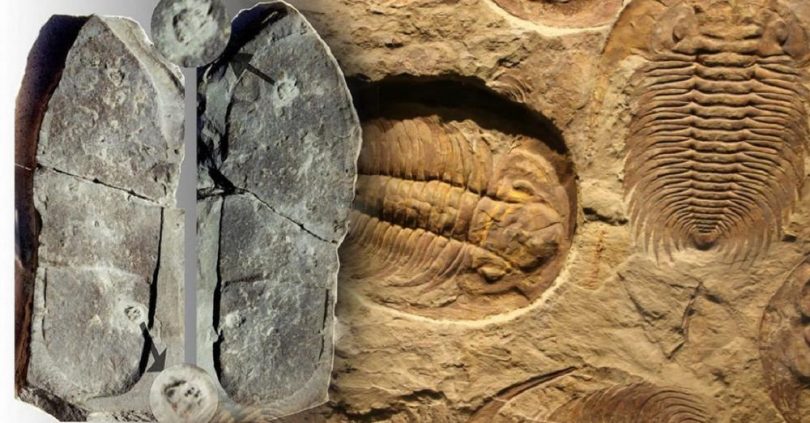 A mysterious shoe print found in a Slate terrain, has been studied by experts, being dated 200 million years ago.

Very close to Antelope Springs, in the state of Utah, USA for the year 1968, William J. Meister, a cartoonist and collector of trilobite found a very particular shoe print .

When Meister opened the slate block, he found the mark of a shoe print and inside it were trilobite fossils. It should be mentioned that trilobites are a species of marine arthropods that are already in extinction.

A shoe print with millions of years

Meister published an article describing his discovery in the Creation Research Society Quarterly. The slate with the shoe print had an approximation between 505 and 590 million years ago .

The description was as follows:

“The heel mark 3 millimeters more than the total footprint of the shoe was embedded in the slate stone , it is assumed that it could be from the right foot, since more wear is shown on the right side of the heel.”

Mention was made in that same article, that Dr. Clarence Combs  from Columbia Union College in Maryland, and the geologist Maurice Carlisle , who had visited the area of ​​the discovery on July 4, 1969.

Carlise, after doing some digging, found a layer of mud on the same level as the shoe print. Thus he was convinced of the consistency of the fossil footprint, the mud showed that the foot that made the footprint was at some point on the surface .

As expected, scientists did not accept the discovery, arguing that it was only a rarity , perhaps caused by erosion and the passage of nature.

An interesting article published in the New York Sunday American newspaper on October 8, 1922, entitled “The Mystery of the Petrified Shoe Sole Five Billion Years Old,” speaks of a similar finding .

The article reported how geologist and mining engineer John T. Reid had unexpectedly stumbled upon an impressive footprint in Nevada while searching for fossils . Upon examination, it was concluded that it was a shoe print.

A footprint in which you could guess the marks of the sewing thread used , and the marks left by the continuous rubbing on the heel.

The geologist took his unusual fossil to New York, to the American Museum of Natural History. Trying to get them interested in his discovery. However, he was discredited with the following words:

“The footprint is the best imitation of an artificial object that we have ever seen.”

However, they must have recognized that the sediment where the footprint had appeared belonged to the Triassic era .

Reid dissatisfied with the opinion given by the scientific community, achieving that new analyzes and photographs were carried out, work carried out by a chemist from the Rockefeller Institute . Throwing again the answer that the sole was human work

How is it possible that a shoe print appeared hundreds of millions of years before they were invented? Worse yet, before humans walked the Earth?