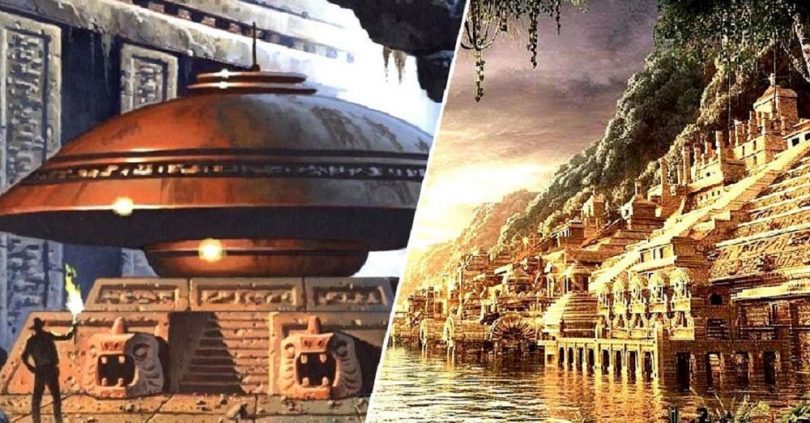 Written and oral stories narrated by a tribe that still remains in the Brazilian Amazon jungle. More than 15,000 years of history in a compendium of experiences; the “Chronicle of Akakor.”

The first narratives of the Akakor Chronicle were written on tree bark. Using the language of the ancient masters and gods.

Tatunca Nara, considered the prince of the Ugha Mongulala tribe, was the one who transmitted the story orally to Karl Brugger, a German journalist, who worked on the legend in Brazil.

The enigma of an unknown story

Karl Brugger recorded Akakor’s chronicle, which begins with the arrival of the gods who civilized them for the first time, until the year 70. Brugger wrote and published a book in 1976.

The Ugha Mongulala are considered the oldest civilization in the South American region. Thus, the Chronicle of Akakor narrates the millenary history of the area.

This legend holds many mysteries and questions, which to date continue to be an enigma for archeology. An example of this are the creations of structures such as Machu Pichu or Tiahuanaco .

In fact, even the very region where the Ugha Mongulala live, or the “Akakor region”, is a mystery , as it has never been found.

the Chronicle of Akakor is told in chronological order and begins in the year 13,000 BC. C . when the old gods came from outer space . Upon their arrival, they chose the tribes located in the area of ​​the great Amazon river.

They transmitted culture to them, brought them out of savagery, taught them to cultivate the land, to know and respect the laws of nature and to create their own laws so that they could live in harmony.

They were the guides in the construction of great stone structures and underground and superficial cities. These are the temples for sun worship, pyramids for spirituality.

In addition to an immense network of underground tunnels that cover areas of Peru, Bolivia, reaching Brazil and Venezuela.

After 3,000 years of being among them, the gods returned to their world. In the Chronicle of Akakor this date is identified as the Zero Hour which is equivalent to 10,481 years BC. C.

Structure of the Chronicle of Akakor

The history of the tribe is also really interesting and captivating; The tribe went through really difficult times; 15,000 years of wars between tribes, natural disasters and the European conquest that almost extinguished them.

Despite the fact that at present, both its existence and the Akakor Chronicle are practically unknown , the invasion that the Amazon is suffering was prophesied by the chieftain Tatunca Nara.

The story told by this leader mentions a period of 10,000 years of existence of the tribe and the chronicle divides it into 4 parts: