Warning: The magic method Tribe__Extension_Loader::__wakeup() must have public visibility in /homepages/20/d746359503/htdocs/clickandbuilds/MysteriousThings/wp-content/plugins/the-events-calendar/common/src/Tribe/Extension_Loader.php on line 157
 “Abandon Earth”: The Alleged Message Received by Voyager 2 – Mysterious Thing 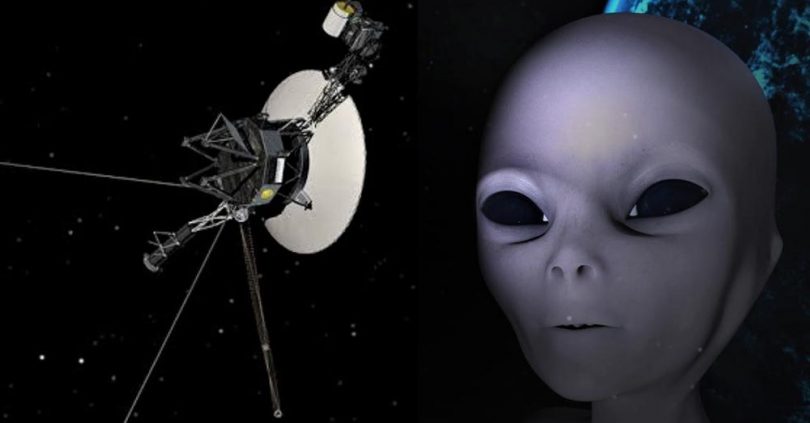 An alleged alien binary code message was downloaded by a US NCO, and appears to contain a shocking warning to humanity.

The famous American researcher Linda Moulton Howe translated some of these binary codes thanks to the support of a US Army sergeant.

Linda Moulton Howe and Dr. Horace Drew independently confirmed this, and the symbols translated by the sergeant named ‘CJ’ are, in fact, a message written in binary code that can be translated via a standard ASCII table.

Linda Moulton Howe is a renowned American investigative journalist and documentarian, known for her work as a ufologist and advocate for a variety of conspiracy theories.

But what this article brings us is: did aliens capture NASA’s Voyager 2 space probe and send coded messages to Earth through it?

Recall that Voyager 2 was one of the first space probes made for the exploration of the outer Solar System, and it is still in operation.

It was launched on August 20, 1977 by NASA aboard the Titan-Centaur rocket, just before its sister probe, Voyager 1, in an orbit that would eventually take it to visit the main planets of the Solar System.

But during its journey through the solar system, the probe was allegedly tampered with, and it suddenly changed the encoding of messages sent to Earth.

The anomaly began on April 22, 2010 and among the most disturbing hypotheses, they relate it to an extraterrestrial sabotage. CJ’s message reads as follows:

NASA expert Kevin Baines, who is leading the mission, said that “it appeared that someone had taken control of the spacecraft and reprogrammed the probe, so we may not yet know the whole truth.”

Later, Kevin Baines reported that the probe was located about 15 billion kilometers from Earth and suddenly began sending data in a language that none of the experts could understand.

This can only happen in one case: “someone has changed the probe’s communication system”, and if so, we would be talking about another civilization that is navigating the cosmos.

From an analysis performed by the reception of Voyager 2’s encrypted signals, it was observed with amazement that the binary code of the probe’s communication system was changed from 0 to 1.

NASA noted that the rest of the probe’s onboard system had not undergone any modifications – reboot, reprogramming, and reboot – and therefore work continues as usual.

But what seems to have changed is the communication system … that has sent a message to Earth that supposedly says: “Leave Earth.”