Warning: The magic method Tribe__Extension_Loader::__wakeup() must have public visibility in /homepages/20/d746359503/htdocs/clickandbuilds/MysteriousThings/wp-content/plugins/the-events-calendar/common/src/Tribe/Extension_Loader.php on line 157
 ISIS Project: An Alien Mummy Discovered in Egypt? – Mysterious Thing 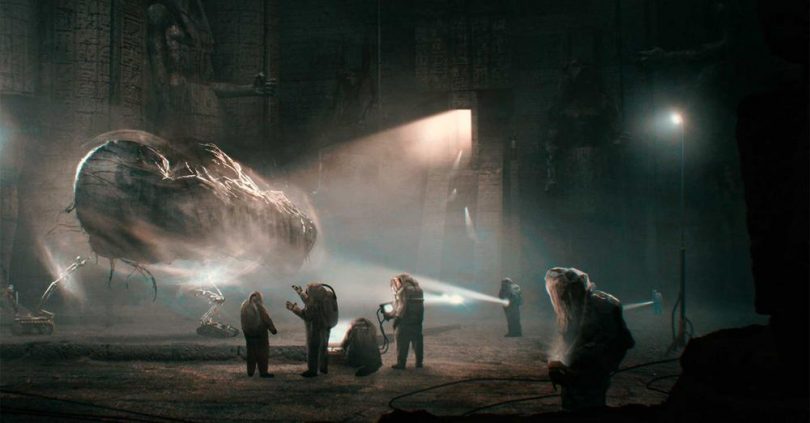 One of the most shocking and controversial videos in history. A small clip of a supposed secret mission of the ISIS Project, from the former Soviet Union, where they recover the remains of an «alien mummy».

According to different researchers, the KGB had created the ISIS Project to search for the mummified corpse of an “ancient astronaut” called “The Visitor.”

This being would have visited the Egyptians in ancient times, giving them knowledge and advanced technology that helped them grow as a civilization.

ISIS Project What is behind this event?

The Ancient Astronaut theory suggests that, in the remote past, extraterrestrial beings visited ancient civilizations and helped them develop. Thus the leap to modern civilization was made.

These ancient societies made such drastic advances, and in such a short time , that they reached standards never seen before. The proof of this are the monuments that persist even today. These are possibly the strongest proof that they received alien assistance.

Even so, there are many skeptics who discredit the ISIS Project, assuring that it is nothing more than an invention. However, 1998, Sci-Fi TV released a documentary titled The Secret KGB Abduction Files, which could prove its veracity.

The documentary shows black and white images of the expedition to the Egyptian desert in search of the “Visitor’s Tomb”, as the website UFO International Project called it.

The Soviets launched Project ISIS during the Cold War in 1960 . The mission was to obtain the remains of “The Visitor”, as well as the hidden technological artifacts and manuscripts.

They were convinced that advanced military science and technology existed within that information, which would give it an advantage over the United States.

The main motivation of the Soviet Union was to ” match ” the North American country in terms of technology. Well, they were convinced that they had obtained advanced technology thanks to the Roswell incident .

The Soviet mission included Egyptologists, scientists, engineers, and military specialists from the Soviet Academy of Sciences. This team found the body of an alien inside a 13,000-year-old ancient Egyptian tomb .

The story of the “alien grave”

The tomb was discovered accidentally by native Bedouins who became ill and died after opening the tomb. Based on that story, Egyptian officials suspected that he might have technological artifacts and manuscripts with advanced knowledge.

For the time, the Soviet Union and Egypt were allies. Fearing that the United States would obtain information about the tomb, the Egyptians decided to inform the Soviets and assist them in the search.

Sami Sharaf, a close associate of Egyptian President Gamal Abdel Nasser , was the head of the ISIS Project. The images documenting the expedition were obtained through a Russian intermediary linked to the mafia.

The source claimed, in turn, that he obtained the tape from agents who had access to KGB documents.

The video shows when the team entered the tomb , trying to open the sarcophagus without any protective suit.

When the agent lifted the lid, a cloud of dust emanated from inside. The men immediately withdrew, only to return minutes later wearing protective suits and gas masks.

The men recovered the “two meter tall” alien body. Artifacts and manuscripts were also recovered from the tomb, which tell the story of the return of a “Winged Deity.”

Those responsible for Sci-Fi TV stated that forensic experts analyzed and confirmed the veracity of the video. Although skeptics defended themselves that, even if the video was authentic, it is likely that they were opening the sarcophagus of a king.