Warning: The magic method Tribe__Extension_Loader::__wakeup() must have public visibility in /homepages/20/d746359503/htdocs/clickandbuilds/MysteriousThings/wp-content/plugins/the-events-calendar/common/src/Tribe/Extension_Loader.php on line 157
 Anunnaki: “The story of the giant kings who want to hide us” – Mysterious Thing 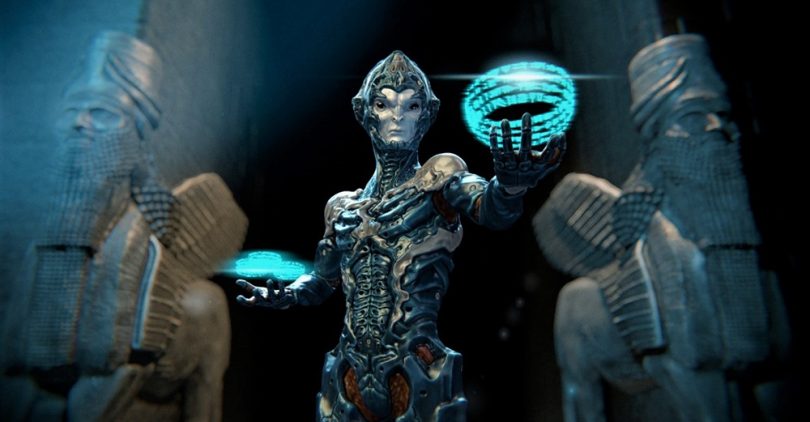 When Zecharia Sitchin made the theory of the Ancient Astronauts and the Anunnaki public, it created a great controversy. Beings that came to Earth and created the human race by crossing their DNA with Homo Erectus, but where does this theory come from?

The cuneiform texts found in the Sumerian ruins that speak of the Anunnaki have been a reliable source . Despite the fact that archaeologists and historians of the traditional line of history refuse to accept it .

However, the fact that these ancient texts are thousands of years prior to the Bible and bear such marked similarities, suggests that the religion was based on the stories of the Sumerian gods.

Anunnaki history: “pre-diluvian gods who came to the world”

One of the most important points in Sumerian history could be found in the Epic of Gilgamesh and the mention of Mount Hermon.

Located at the southern end of the mountain range between Syria and Lebanon. Its highest peak reaches up to 2,814 meters high.

The account says that Gilgamesh obtained all his knowledge of the prediluvian world until he reached Mount Hermon, the abode of the Anunnaki.

Interestingly, many ancient texts name Gilgamesh as a giant demi-god . According to the Sumerian king list, he was the fifth King of Uruk, between 2800 BC. C. or 2600 a. C.

It is worth mentioning that it was this King who managed to centralize power in the city of Uruk by defeating the kings of Kish . Fragments of the Epic of Gilgamesh mention that his height was “11 cubits”, or 5.4 meters .

It is important to note that the stories of giants are found in all ancient scriptures , including biblical texts.

Kings of the underworld?

Mount Hermon was a sacred place, where only kings could dwell . For that reason, the Anunnaki were described as “judges of the dead” who inhabited the underground realm and served as “spirits of the Earth.”

A very similar story can be found in the Book of Enoch, where God sends the Archangel Michael to banish all the angels who were related to women. Thus, they must last seventy generations living on Earth.

In the New Testament he also refers to this fact ; In the Second Epistle of Peter, you can read:

«God did not forgive the Angels who sinned, but, plunging them into the dark depths of Tartarus, gave them over to be guarded until the Judgment; (II Peter, 2,4) ».

It is worth mentioning that “Tartarus” is the deepest hell in Greek mythology . The prison of the Titans, who were also giants.

Like these, many other examples give us to understand that the mythological stories of the different times and cultures have a common origin ; the story of the Anunnaki.

According to all the information collected and studied to date on the cuneiform texts and other ancient texts, they reveal that the Anunnaki belong to the eastern tradition.

They are a group of demi-gods that were born from the interbreeding with divine beings and mortal women that happened on Mount Hermon.

These beings possess the knowledge of the world before a great flood and later, they are attributed functions in the underworld.

So, we can say that the Anunnaki is the equivalent to the Elohim or Nephilim of the most current accounts, who ruled the world at some point in history. In this way, it is impossible to deny the existence of these demi-gods who came to the world from heaven.