Warning: The magic method Tribe__Extension_Loader::__wakeup() must have public visibility in /homepages/20/d746359503/htdocs/clickandbuilds/MysteriousThings/wp-content/plugins/the-events-calendar/common/src/Tribe/Extension_Loader.php on line 157
 Atlantis and “the ships that made humans fly in ancient times” – Mysterious Thing 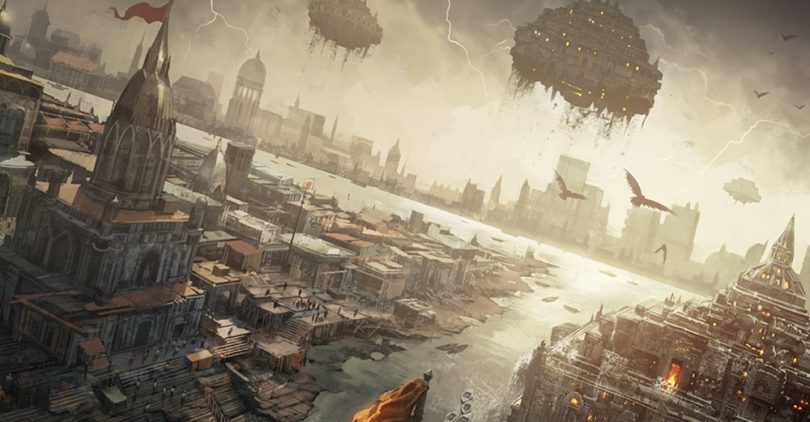 For decades, researchers have raised their voices to accept the theory that flying ships existed in ancient times. Different ancient texts and stories would reveal the existence of airships from Atlantis.

The technological level of our ancestors has been discussed by archaeologists and historians. Some claim to have discovered that the technological principles of humanity come from Atlantis , thousands of years ago.

The evidence of flying machines of antiquity, we can find them in the different ancient cultures around the world.

The ancient town of Nazca is one of the most important archaeological centers in the world. In its plains you can see in the Nazca lines , gigantic geoglyphs that present different figures.

Among them are huge hot air balloons , which have confused historians. Researcher Jim Woodman is convinced that the construction of these aircraft was possible with the tools that the natives of Nazca had.

And to confirm it, he chatted with Julian Nott , the founder of the Modern Globe Movement .

Skeptical, Nott listened to Woodman’s theory and helped him build a hot air balloon out of materials that may have been used in ancient times . Against all odds, the balloon flew.

“While I don’t see any evidence that the Nazca civilization will fly, it is beyond question that they could have flown.”

The Vimanas of India

Perhaps the greatest evidence of flying ships in ancient times comes from ancient Hindu culture . Specifically from the Veda .

The most recent research has yielded evidence of an advanced civilization , which existed before the end of the last Ice Age . This civilization inhabited part of the region that is now India and it is believed that it could have rivaled other equally advanced regions.

Ancient Sanskrit writings suggest that the stories, considered fantasy by experts for hundreds of years, could be true .

Support for this theory is based on the discovery of strange artifacts and additional texts that supplement the records kept in museums and universities.

In these stories you can read detailed descriptions, not only of flying ships , but of complex aeronautical processes and mechanical parts that exist today.

In fact, experts consider it an ancient guide to aerospace engineering .

The Vedas also mention an air war and an atomic war , which took place between a region in northern India and an unknown region, located in the Gobi desert.

It should be noted that there is a section of the Gobi desert , which has shown signs of radioactivity and several sections of the sand are melted, transforming into greenish glass .

The radioactive sands of Mongolia could be yet another proof of this war. In the same way, the remains found of an ancient city in northern India, showing signs of radioactivity .

It is thanks to these findings that the Aiud wedge , discovered in 1973 , was seen from another perspective; a machined piece of metal made from an aluminum alloy.

At first it was believed to be 400 years old . However, the new analyzes determined that it comes from the year 18,000 a. C. , almost 20,000 years before the discovery of aluminum.

Many experts have stated that this artifact could be part of an aircraft landing gear .

Atlantis has been one of the most controversial stories of humanity. Many ancient cultures make mention of a lost continent, however, it is thanks to the Greek philosopher Plato , that the legend became known.

He described it as an ancient city , still to his day, similar to a gigantic island that was located beyond the columns of Hercules .

More current researchers suggest that its location was off the coast of Spain , near the Bimini Islands in the Caribbean.

Although some experts believe that Atlantis is located at the South Pole , because this region is located “beyond the columns of Hercules”, as Plato mentioned.

There is no doubt that Atlantis is a mystery, however, nothing worries more than its ancient technology . Many historians assure that this continent had large submarine ships and an enigmatic crystal of power, which supplied electrical energy to the continent.

However, little has been said about the aircraft that traveled the skies, exploring the world .

The first text that touched on this theme was “The History of Atlantis and the lost Lemuria”, by William Scott-Elliot , published in 1909.

Scott-Eliot described a navigation aircraft technology based on a technology lost in ancient times.

Although many experts ignored the writer’s statements, since he was not based on any type of evidence, but on what he calls “Remote Viewing”.

Although historians did not take Remote Viewing into account , this ability was used by the CIA and the Pentagon on different occasions. In fact, these agencies took it into account years before, thanks to the work of experts, such as the genius in electronics, Michael Faraday.

The Aircraft of Atlantis

Using this process, Scott-Eliot was able to observe how society worked in Atlantis and Lemuria. Thus he discovered that both civilizations possessed flying ships . The writer described his experience as follows:

“The material from which the aerial ships were built was made of wood or metal. The previous ones were built of wood.

The platforms used are extremely thin, however the injection of a substance that did not add material to the weight, gave it toughness like leather, provided the necessary combination of lightness and resistance.

When the metal was used it was generally made of an alloy, two white metals and one red were included in its composition. The resultant was white in color, like aluminum and lighter in weight.

A large sheet of this metal was spread over the rough structure of the ship, which was then beaten into shape and electrically welded where necessary.

However, if it was constructed of metal or wood, its outer surface was perfectly smooth and seemingly without problems, and it glowed in the dark as if it were coated with luminous paint.

They were ship-like in shape, but invariably covered, because if she was going full speed it couldn’t have been convenient, even safe, for anyone on board staying on the upper deck. Its propeller and steering mechanism could be set in motion at either end. “

Although William Scott-Eliot did not rely on any evidence or ancient accounts for his research, there is some material that could be considered as evidence.

In the Library of Alexandria there are certain scrolls that survived the destruction, which speak of the lost history of mankind .

Other experts have argued that Atlantis existed at the same time as the “super state” of ancient India, known as the Rama Empire , some 15,000 to 20,000 years ago .

They may even have had commercial agreements through the Vimanas and the airships of Atlantis.

It is obvious that for skeptics, everything related to Atlantis, especially its airships, is nothing more than a myth. However, the evidence indicates that other cultures did possess flying machines which, possibly, were inherited from the lost continent.