Warning: The magic method Tribe__Extension_Loader::__wakeup() must have public visibility in /homepages/20/d746359503/htdocs/clickandbuilds/MysteriousThings/wp-content/plugins/the-events-calendar/common/src/Tribe/Extension_Loader.php on line 157
 Believe It or NOT…The Surprising Trait That Comes From A Neanderthal’s Genetic Mutation – Mysterious Thing 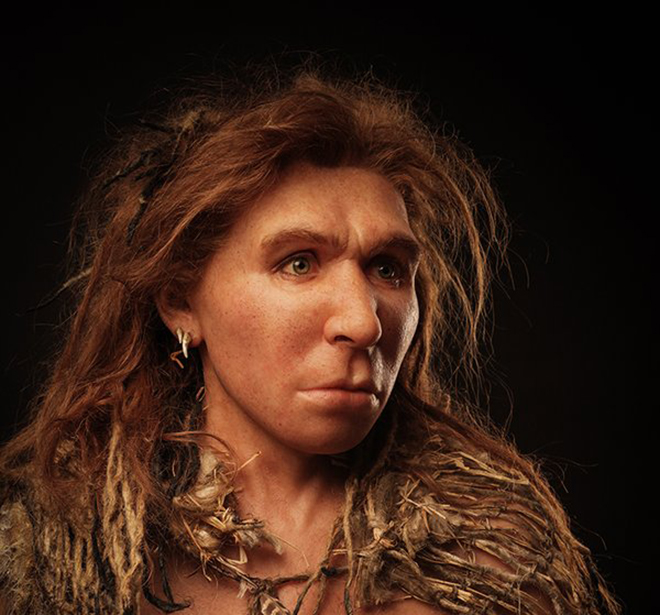 Ancient DNA studied by researchers has found that a mutation resulted in red hair and light skin among Neanderthals, according to the Smithsonian Museum of Natural History. In the study two Neanderthals, one from Spain and one from Italy, had a mutation in the gene that controls hair and skin color.  “The mutation changes an amino acid, making the resulting protein less efficient. Modern humans have other MCR1 variants that are also less active, resulting in red hair and pale skin. The less active Neanderthal mutation probably also resulted in red hair and pale skin, as in modern humans,” according to researcher Antonio Rosas. They have also concluded that Neanderthals also likely had the same distribution of hair color as modern Eurasian populations, including a spectrum of red hair from auburn to brilliant red to strawberry blond.

Between 2% and 6% of modern northwestern Europeans have red hair, compared with an average of around 0.6% of the world’s population as a whole.  In the British Isles the numbers are much higher.  In Scotland around 13% of the population have red hair, but over 30% are unknowing carriers of the redhead gene.  In Ireland about 10% have red hair, but as many as 46% are carriers.  Genetic red hair is rarer In Asia, but can be found in the Near and Middle East.

And that is just one of the many surprises, because Rosas also said, “The study of Neanderthals has provided numerous discoveries in recent years. We have moved from thinking of them as little evolved beings, to know that they took care of the sick persons, buried their deceased, ate seafood, and even had different physical features than expected: there were redhead individuals, and with light skin and eyes. So far, we thought that the sexual division of labor was typical of sapiens societies, but apparently that’s not true.”

And that has lead scientists to speculate that Neanderthal women also  hunted big game with the men. According to researcher Almudena Estalrrich of the Spanish National Museum of Natural Sciences, said, We believe that the specialization of labor by sex of the individuals was probably limited to a few tasks, as it is possible that both men and women participated equally in the hunting of big animals.”