Warning: The magic method Tribe__Extension_Loader::__wakeup() must have public visibility in /homepages/20/d746359503/htdocs/clickandbuilds/MysteriousThings/wp-content/plugins/the-events-calendar/common/src/Tribe/Extension_Loader.php on line 157
 Mountains and plains found 660 km below the earth’s crust – Mysterious Thing 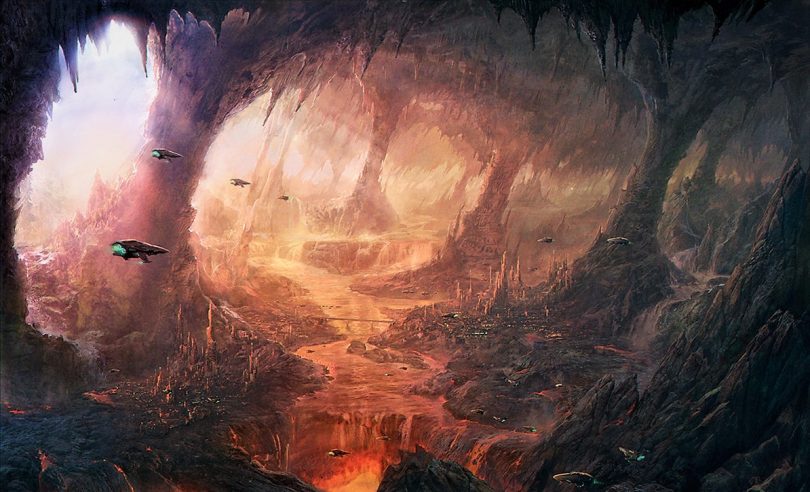 A team of geologists has detected a layer in the middle of the Earth’s mantle, hitherto unknown, whose characteristics are reminiscent of those of the planet’s surface.

At school they do not teach that the Earth is divided into three layers, which are the cortex, the mantle and the nucleus, which in turn is divided into internal and external nucleus. A basic and accurate scheme, but that nevertheless leaves out other more subtle layers that scientists are now beginning to identify in the deep interior of our planet.

A good example is the study published this week in Science, in which the geophysicists Jessica Irving and Wenbo Wu, of Princeton University, in collaboration with Sidao Ni, of the Institute of Geodesy and Geophysics of China, managed to use seismic waves of a great earthquake in Bolivia to locate, at 660 kilometers of depth, a new “cloak” that has left them speechless: a mountain chain, very similar to those on the surface.

In order to observe what happens to such depth, the researchers used the most powerful waves that exist on our planet, the seismic waves generated by massive earthquakes.

For this study in particular, the key data were obtained from the waves captured after an earthquake of magnitude 8.2, the second most powerful ever recorded, which shook Bolivia in 1994. “So large earthquakes do not appear very often – says Irving-, and now we are lucky to have many more seismographs than 20 years ago.

Between these instruments and the computational resources, seismology today is a totally different field than it was two decades ago »

In this case, the researchers used the group of Tiger supercomputers from Princeton University to simulate the complex behavior of scattered seismic waves in the depths of the Earth. The technology applied for this analysis depends almost entirely on a single property of the waves: its ability to bend and bounce.

Thus, in the same way that light waves can bounce (reflect) in a mirror or bend (refract) when they pass through a prism, seismic waves travel directly through homogeneous rocks, but are reflected or refracted when find with some limit or roughness.

“We know that almost all objects have roughness on the surface and, therefore, disperse the light,” says Wenbo Wu, lead author of the article. And that is the reason why we can see those objects: the dispersion waves carry the information about the roughness with which they have interacted. In this study, we investigate scattered seismic waves that travel within the Earth to study the roughness of the 660-kilometer limit. “

Geologists were surprised by the “roughness” of this new layer, which was even more accentuated than what we can see in the surface layer (the earth’s crust) on which we all live. “In other words,” says Wu, “in the 660-kilometer limit, a topography stronger than that of the Rocky Mountains or the Appalachians is present.”

The statistical model developed by the scientists did not allow to determine with precision the heights of these mountains, but in their article they assure that they could be bigger and higher than any other on the surface of the Earth.

The roughness, moreover, was not uniformly distributed. Which means that just as the surface of the crust has smooth ocean floors and massive mountains, the 660-kilometer limit has high areas and flat surfaces. To compare, the researchers also examined a layer 410 kilometers deep, at the top of the “transition zone” of the middle mantle, but found nothing like it. In other words, Wu’s team has discovered that the deep layers of the Earth are just as complex and variable as those we observe on the surface.

Some geochemical and mineralogical evidence suggests that the upper and lower mantle are chemically different, which supports the idea that the two sections do not mix thermally or physically. Others, however, suggest that these differences do not exist, and that the entire mantle is homogeneous and without separate or separate parts. “Our findings,” says Wu, “provide concrete data on this issue.”

The data obtained, in effect, suggests that the defenders of these two opposing ideas may be partially correct. So the “softer” areas of the 660 kilometer limit could be due to a more complete mix, while mountainous and steeper areas could have formed in places where the upper and lower mantle fail to mix so well.

But what could cause such significant chemical differences in the mantle? The most plausible answer is that these differences come from the introduction of rocks that once belonged to the crust, and that now lie quietly in the depths of the Earth.

Scientists have long wondered about the fate of seabed slabs that are pushed into the mantle in subduction zones, something that happens throughout the Pacific Ocean and in other parts of the world. Wu and Irving suggest that the remains of these slabs may now be just above, or just below, the limit of 660 kilometers.

“Seismology becomes more exciting when it allows us to better understand the interior of our planet, both in space and time,” Irving concluded.