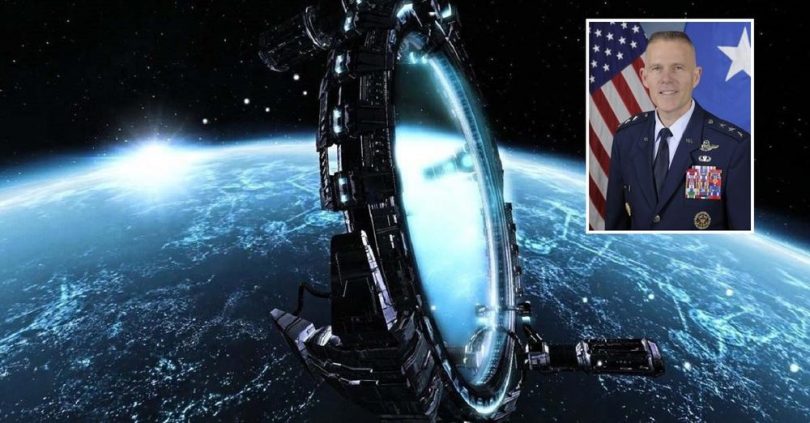 Teleportation, or teleportation, is the process of moving objects or particles from one place to another instantly.

Depending on the narrative in question, it may or may not be done using a machine or device. Literally it means “to move at a distance” , understood as a movement that occurs without the need to establish direct physical contact with the object for it to move.

For example, if we teleported the exact copy of a human being, we should destroy the original so that it is considered teleported and not cloned .. Or is it not entirely so?

Kwast, who retired in 2019, believes advanced technology will determine who will lead the world in space. But at one point in the conference, he made a shocking revelation:

“The technology is in the engineering benches today,” said Lt. Gen. Kwast. “But most Americans and most members of Congress haven’t had time to really look at what’s going on here.”

“But I have had the benefit of 33 years of study and friendship with these scientists. This technology can be built today with non-development technology to take any human being from anywhere on planet Earth to any other place in less than an hour ”.

According to the official, in addition to people, already existing advanced technologies can provide Wi-Fi and power from space, eliminating the need for mobile phone antennas and chargers, with the technology also applicable at a particular level.

“The power of space will change world power, and it doesn’t have to be a big country to do it,” the former officer emphasized.

“It can be a small island country, let’s say New Zealand, because technology, if optimized, can change world power, and there is nothing you can do if you don’t have that power.”

“You have it and your values ​​govern, or you don’t have it, and you must send it. We have seen it played over and over again in history, and now it is developing. “

Unfortunately Kwast did not specify what kind of technology the US supposedly has to teleport humans, but given the subject of his speech, dedicated especially to the US Space Force, the new branch of the US military.

Kwast, who retired from the Air Force in August, is known to have spoken and written on subjects deemed qualified despite having direct orders not to, and is an active advocate of military dominance in space.

Even The Drive magazine suggested that the retired officer could be chosen to lead the Space Force.

At the conference, Kwast warned that while the United States remained “dominant” in the space at this time, it had to act now to maintain this dominance, because America’s adversaries, particularly China, could “win this race” and then be a real danger in space.

The officer claimed that China is already building a space armada, including “battleships and destroyers” capable of maneuvering and destroying its adversaries, while the United States was not currently developing such ships.

Again a conspiracy theory comes true, and it has been shown that teleportation is not just fiction, it is a reality.

It also shows us how much governments hide, either for security or for following a dark agenda about the technology that exists today, which is much more advanced than we can imagine.