Warning: The magic method Tribe__Extension_Loader::__wakeup() must have public visibility in /homepages/20/d746359503/htdocs/clickandbuilds/MysteriousThings/wp-content/plugins/the-events-calendar/common/src/Tribe/Extension_Loader.php on line 157
 Osirians: the “advanced civilization” that lived in Egypt before the pharaohs – Mysterious Thing 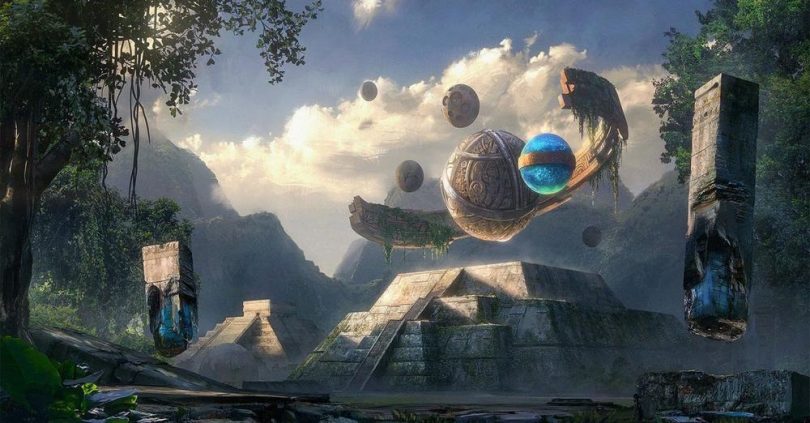 he Osirians, a civilization that comes from the Mediterranean and predates Dynastic Egypt. Many researchers have discovered vestiges of the advanced of this civilization, showing that they had ships similar to the Vimanas.

Years of research have revealed that the Mediterranean was an immense fertile valley . Specifically in times where Atlantis existed. During that time, another possible civilization existed , known as the Osirians.

It is believed that they were extremely advanced , having inappropriate technology for the time. Making use of ships equivalent to the Hindu Vimana .

During the existence of the Osirian civilization, the Nile was known as the Stix River , and it traveled a different course.

It then flowed between Malta and Sicily and south to Sardinia, reaching the Atlantic at Gibraltar. This immense valley, together with the Sahara, was the territory where the Osirians inhabited.

The archeology agree that there are in the Mediterranean Sea, to the least 200 sunken cities . The Egyptian civilization, along with the Minoan and Mycenaean of Crete and Greece are, in theory, remains of the Osirian culture.

This civilization erected earthquake-proof buildings , they possessed electricity and other common technologies in the time of Atlantis.

“They also had flying craft similar to Vimanas and other means of transportation, usually powered by electricity . One of the great proofs of this are the car tracks found in Malta, which cross large cliffs until they are lost under the water ”.

The Osirians are believed to have used these routes to transport stones from quarries to cities that are now submerged .

The Ba’albek platform , in Lebanon, has been one of the main mysteries of archeology, and is believed to be Osirian technology .

This platform is made of the largest carved rocks in the world ; the ashlars of Ba’albek. Some of these pieces are more than 24 meters long and 4 meters long . They are believed to weigh between 1,200 to 1,500 tons .

Birth and end of the Osirian civilization

According to mythology, this civilization was created by the god Osiris . According to Egyptian legends, Osiris is the son of Nut, goddess of the sky and Geb, god of the Earth.

Osiris married Isis and from that union, the god Horus was born. Osiris is the brother of Nepthys, goddess of death and of Set, god of chaos and disorder.

It is even believed that the name Osiris comes from the Greek corruption of the word Asar or Uso, which means “the force of the Eye” or “He who sees the throne.” This translation is based on the hieroglyphs used to represent Osiris: a throne and an eye.

As for his disappearance, it is also a mystery. It is believed to have existed about 15,000 years ago and was “one of the most sophisticated civilizations of the time of Atlantis.”

They had magnificent cities and roads, ports, trade routes, and more. It was home to sailors and merchants. In addition, he built megalithic structures with unique earthquake-proof technology.

However, during the destruction of Atlantis, it is believed that there was a colossal change in the Atlantic Ocean. This caused the Stix River to completely change its course, and the Mediterranean basin began to flood.

The churning of the water destroyed most of the Osirian cities, forcing them to move to higher ground.

This theory would explain the mysterious megalithic remains that have been found throughout the Mediterranean. This has caused thousands of sailors, archaeologists and researchers to venture each year in search of the ruins of the Osirian civilization.