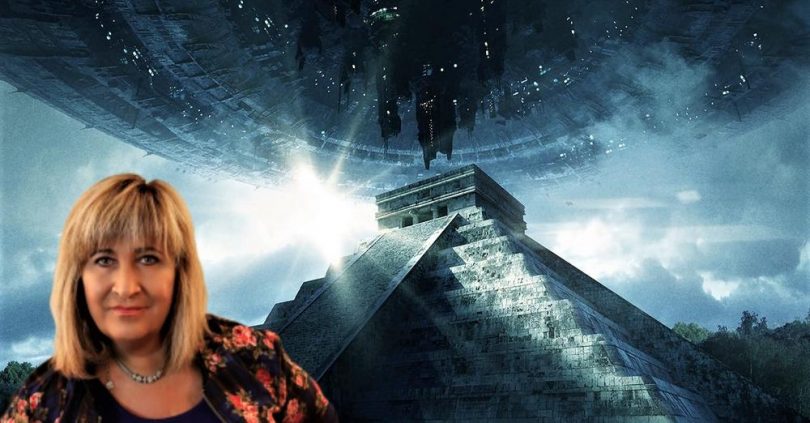 Paola Harris is a respected journalist in the field of extraterrestrial investigation. He has studied this phenomenon since 1979 and has written several books, published and translated into various languages.

This year we are privileged to have your participation in the Ufology World Congress in Barcelona, ​​which will be held on October 8, 9 and 10, 2021.

Paola Harris has established personal relationships with many of the leading researchers in the field of ufology, such as Dr. Allen Hynek, and has conducted interviews with military witnesses of particular relevance, trying to shed light on the government’s concealment of the truth.

Among his books, “Joining the Points; making sense of UFOs ”, in relation to the Roswell case. “Exopolitics: How to Talk to a Fireball? – Exopolitical challenges and protocols for future contact. ” In whose book he deals with the ORBS phenomenon and the Spheres of Light.

In his third book “Exopolitics: Everything from above”, he talks about possible conclusions of the UFO enigma. He is a regular columnist for the UFO magazine “Area 51” and has written for “Nexus”, “Australia” and “Explora”, among other publications.

Straddling Rome and Boulder (Colorado), she has a degree in Teaching, Historical Teaching and Photo Journalism, and teaches virtual exopolitics classes at the Dr. Michael Salla Exopolitical Institute.

He has given conferences throughout Europe on the importance of the total declassification of the different UFO files that all countries have, and through his non-profit association called “Starworks Italia” he brings American speakers to Italy to promote the declassification and the exopolitical dialogue worldwide.

Expressed in a concise and plain way, exopolitics deals with the relationships between human beings and extraterrestrial beings.

All this came from having published an article in the Washington Post, in which he claimed that President Eisenhower had had an interview with two extraterrestrials at a military base near Roswell.

The bottom line is that the two aliens, described as having white hair, light eyes and a colorless mouth, would have offered Eisenhower insight into their advanced technology if the United States were to nuclear disarm, an offer that Eisenhower declined.

But the vision of the exopolitics of Paola Harris goes much further, going deeper and trying to lay a foundation for future communications.

Paola Harris is convinced that communications have already been established with extraterrestrial civilizations, and that they have walked on Earth throughout human history.

In addition, of course, he believes that a more obvious contact is going to take place and therefore, it is necessary to lay a foundation on which to establish communications that guarantee fluency, but also security.

She considers exopolitics as the study of the extraterrestrial presence on Earth and the sociological and political implications that this presence may have on humanity.

She is totally convinced that ufology and contact with extraterrestrial beings will gradually be accepted and normalized, so we must be prepared.

In an interview, she assured that there are underwater extraterrestrial bases throughout the world, and that there are even graphic documents and a multitude of testimonies that she herself had been able to collect.

Paola Harris has conducted thousands of interviews, both with anonymous people and with renowned specialists in the UFO phenomenon and the military, as in the case of her book “Conversations with Colonel Corso.”

Phillip James Corso was a lieutenant colonel in the US Army between 1942 and 1963. He is known for his book “The Day After Roswell,” where he tells his version of the 1947 Roswell UFO incident.

According to Corso, as a result of this “incident” and the technology found by the US Army, it was possible to develop fiber optics, lasers, integrated circuits and Kevlar (the first synthesized polyamide).

They took advantage of all this in order to defend themselves from a potential enemy, however, they actively and passively denied their existence.

All this documented with more than 80 photographs and historical documents.

Undoubtedly, an essential work for all those who wish to inquire about the UFO phenomenon and to what extent the United States Army is involved.