Warning: The magic method Tribe__Extension_Loader::__wakeup() must have public visibility in /homepages/20/d746359503/htdocs/clickandbuilds/MysteriousThings/wp-content/plugins/the-events-calendar/common/src/Tribe/Extension_Loader.php on line 157
 Scientist Finds ‘Evidence’ of Another Universe Before This One – Mysterious Thing 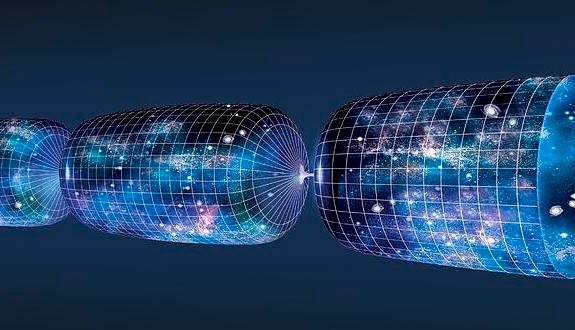 Before our universe, another universe existed. It’s a cosmic cycle that repeats.

“The next universe will be just like ours — but only in overall appearance, not in detail, of course…”

A researcher may just have discovered conclusive evidence that another universe existed before this one. Not only that, he claims that our universe is just the latest in an infinite series of universes.

Professor Sir Roger Penrose argues that our known cosmos is the latest in a long line of previous universes, answering the question of what was ‘there’ before the Big Bang.

According to Professor Sir Roger Penrose, a former College of late Professor Hawking, our universe still carries the scars of the events of our universe’s predecessor, which was destroyed some 14 billion years ago.

Prof Penrose, a researcher from the University of Oxford, is one of the world’s most distinguished theoretical physicists, and he claims evidence suggests our universe is just the latest in an infinite series of universes, each emerging phoenix-like from its predecessor in a Big Bang.

Accepted scientific models suggest that our universe and everything inside it, stars, planets, and galaxies burst into existence literally out of nowhere, thanks to strange and mostly undiscovered laws which govern the sub-atomic world.

The inflation model of the birth of the universe was hailed as a major breakthrough when it was first proposed in the 1970’s. However, the more we explore the cosmos and the more we research the more this theory is becoming obsolete.

Now, according to a cyclic model of the universe, the answer to the question of what existed before our universe is simple: another universe.

Prof Penrose and colleagues in the US and Poland have been investigating this idea and believe they’ve finally come across telltale signs of universes that may have existed before ours, and they base their claims on studies of radiation left over from the Big Bang.

First spotted by astronomers in the mid-1960s, this radiation permeates the whole of space in the form of microwaves. However, studies have shown that this radiation is not spread equally across the cosmos. Astronomers have argued that this inequality of distribution is due to the turbulence that existed when our universe was created.

However, Professor Penrose and his colleagues believe this radiation also shows patterns which are consistent whit events that may have occurred in a different universe that existed before ours.

Prof. Penrose and his team suggest that our cosmic predecessor may have contained supermassive black holes. Over countless millions of years, these black holes would have devoured all mater in the previous universe.

Countless millions of years after this event, these massive black holes vanished as well, in bursts of so-called Hawking Radiation.