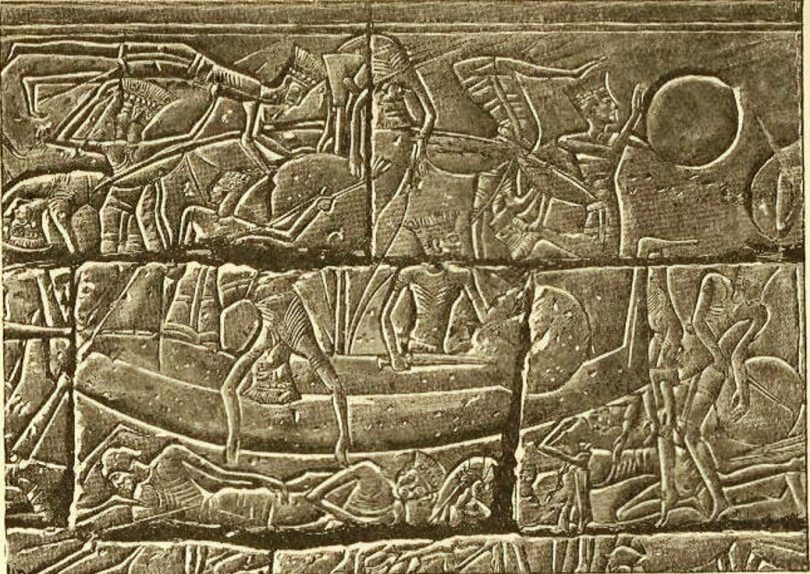 The ancient Egyptian pharaohs often commemorated military victories over their enemies by having them depicted on the walls of great monuments. One of the most famous conflicts recorded on the walls of an Egyptian temple is that of the Battle of the Delta, fought by the pharaoh Ramesses III against the invading Sea Peoples.

The Battle of the Delta is thought to have been fought during the year 1175 BC. On one side were the Egyptians under Ramesses III, perceived by some to be the last great pharaoh of the New Kingdom. On the other side were the mysterious Sea Peoples, a term used to describe a group of sea-faring raiders mentioned in several Egyptian sources. These include the Peleset (Philistines), Tjekker of Crete, Shekelesh (Sicilians), Shardana / Sherden (Sardinians), and Lukka (possible ancestors of the Lycians). 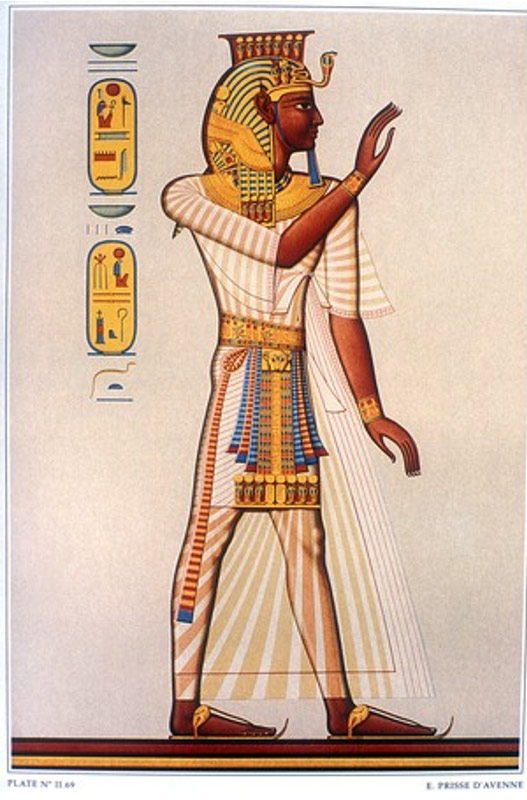 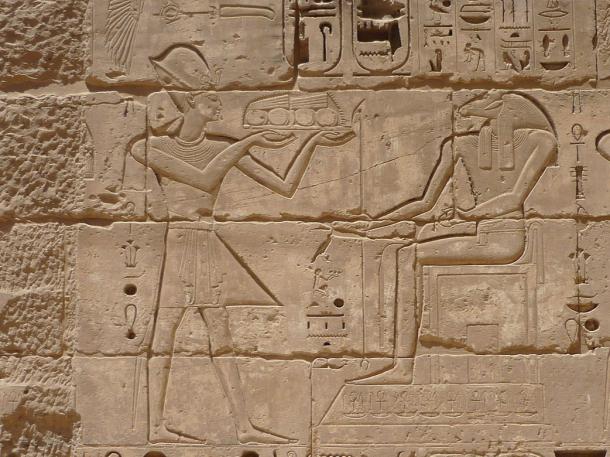 Incidentally, several ancient Mediterranean civilizations, i.e. the Hittite, Mycenaeans and Mitanni kingdoms, came to an end around 1175 BC, and one theory claims that their downfall was caused by the Sea Peoples. The ferocity of these raiders is also echoed in an inscription on the walls of the mortuary temple of Ramesses II in Medinet Habu, where the pharaoh’s victory is commemorated. According to the text, “Not one stood before their hands,” and numerous cities were laid to waste. 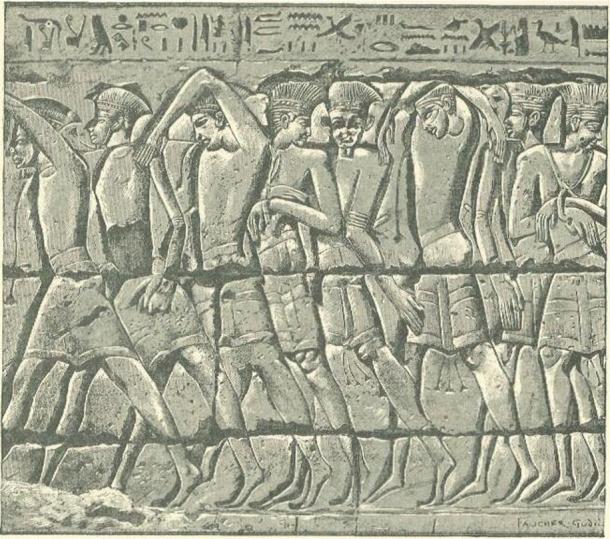 Egypt seems to have been the next target of these aggressive warriors. Prior to the Battle of the Delta, Ramesses III had obtained a great victory over the ‘Peoples of the Sea’ at the Battle of Djahy. Somewhere along Egypt’s easternmost frontier (modern day southern Lebanon), Ramesses III engaged and defeated an army of the Sea People that was attempting to invade his empire by land. Much of our knowledge of this battle comes from Medinet Habu. Given the lack of other sources, it has been suggested that Ramesses III might not have routed an army at Djahy. It is possible that the pharaoh actually had gained a victory over a group of refugees fleeing from their cities, settlements destroyed by the People of the Sea. Of course, if this were the case, it would not be depicted on the walls of Medinet Habu, unless it were modified. 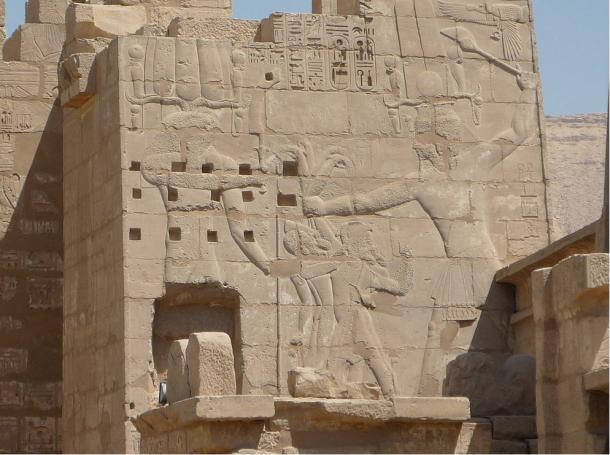 Wall Relief of Ramses III fighting the People of the Sea, on Migdol at Medinet Habu, Theban Necropolis, Egypt, 2009 by Remih ( Wikimedia Commons ) 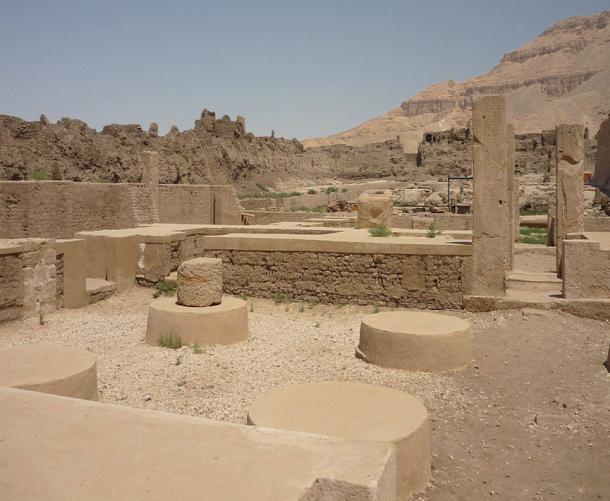 The Sea Peoples were also attempting to invade Egypt in ships. Compared to these expert sailors of the Mediterranean, the Egyptians may have been inferior seamen, and their ships technologically less advanced. Yet, Ramesses III had a cunning plan. Instead of engaging his enemies in open waters, he allowed them to sail unopposed into the Nile Delta. Powered by both sail and oars, the Egyptian ships were more manoeuvrable in this terrain than the sailing ships of their opponents, thus giving them an advantage. On the banks of the Nile, bowmen were placed to prevent the Sea Peoples from landing on Egyptian soil. Bowmen were also placed in the Egyptian ships to fire their deadly arrows at the enemies. The Sea Peoples, who were armed with swords and spears, were not able to counter-attack. Moreover, grappling hooks were used by the Egyptians to capsize many of the enemy ships.

Due to Ramesses III’s victory at the Battle of the Delta, the Egyptians were able to avoid being conquered by the Sea Peoples and suffering destruction at their hands. Nevertheless, there was a heavy price to pay. As a result of this conflict, the Egyptian treasury was drained and the Egyptian army was exhausted, thus contributing to the end of the glory days of the empire. Matters only got worse after the death of Ramesses III, as their eastern possessions were later colonized by the Philistines. In the long term, the weakening of Egypt due to the conflict with the People of the Sea, along with other important factors, would lead to the Third Intermediate Period about a century after the Battle of the Delta.