Warning: The magic method Tribe__Extension_Loader::__wakeup() must have public visibility in /homepages/20/d746359503/htdocs/clickandbuilds/MysteriousThings/wp-content/plugins/the-events-calendar/common/src/Tribe/Extension_Loader.php on line 157
 Nikola Tesla’s Time Travel Experiment- He Could See The Past, Present, And Future All At Once – Mysterious Thing 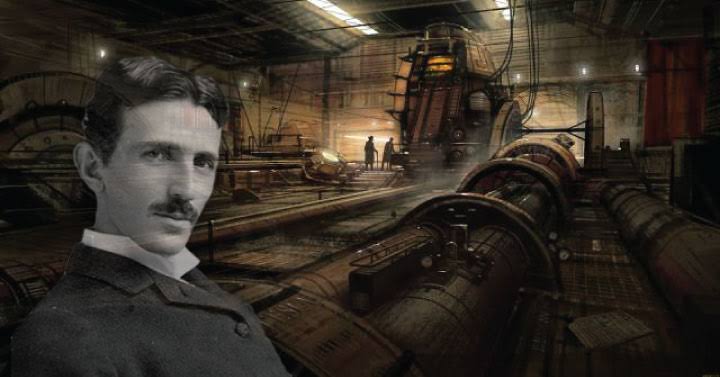 The thought of humans traveling in time has fascinated millions of people all over the world and here we bring you one of the most talked about experiment related to travelling in time ie. Nikola Tesla’s Time Travel Experiment
Looking back at history, we will find numerous texts that can be expounded as evidence of time travel.
As per Erick von Daniken, there is proof of time travel in the Bible.

“In the Bible, the prophet Jeremiah was sitting together with a few of his friends, and there was a young boy. His name was Abimelech, and Jeremiah said to Abimelech, “Go out of Jerusalem, there is a hill and collect some figs for us.”
The boy went out and collected the fresh figs.
All of a sudden, Abimelech hears some noise and wind in the air, and he becomes unconscious, he had a blackout.
After a time, he wakes up again, and he saw it was nearly evening.
So when he ran back to the the city he saw it was full of strange soldiers. And he asked, “What’s going on here? Where are Jeremiah and all the others?” And an old man told him, “That was 62 years ago.” It’s a time travel story written in the Bible. ” – Von Däniken

Even If we consider Epic Mahabharata, written in the eighth century BC by Valmiki and narrated by the Lord Ganesha also talks about time traveling.
King Ravana is referred to as someone who traveled to heavens to meet the creator God Brahma, only to return to Earth hundreds of years in the future.

In Japan, the legend of Urashima Taro tells the story of a fisherman who visited the palace of God of the sea- Ryūjin that was located underwater. To him, the visit seemed like only three days.
When he returned to his village, he found that it had been 300 years since he was gone.
Such myths encouraged the great thinkers of all the time to find a way to achieve time travel.
When Albert Einstein issued his theory of relativity in 1905, it generated an atmosphere of excitement among scientists.
Is there a possibility of time travel? This question caught the attention of millions then.
Lately, a group of scientists from the University of Queensland, Australia, have imitated the condition of how the time-traveling photons might behave.
They suggested that at least on a Quantum level, the grandfather paradox which demonstrates how time travel is not possible can be resolved.
By using photons the single particles of light, researchers replicated quantum particles traveling to the past.
After studying the nature of the particles, researchers revealed possible exceptional aspects of modern-day physics.
Apparently, Tesla too was obsessed with time travel. He worked on a time machine and reportedly succeeded, stating: ‘I could see the past, present, and future all at the same time.

It looks like Nikola Tesla may have worked on time travel before modern science even thought of its possibility.
In 1895, as per his reports, he suggested that time and space could be influenced by magnetic fields.
The alleged idea of altering alter time and space by magnetic fields resulted in a number of experiments that led to the infamous Philadelphia experiment which is considered a deception by many.

It is said that while working on Nikola Tesla’s Time Travel Experiment he found brainstorming results.
Tesla discovered that the space-time barrier could be changed using the magnetic fields and accessed by forming a trojan horse which will ultimately lead to a different time.

Though, reports of 1895 state that a witness saw Tesla at a coffee shop looking stressed and disturbed.
His assistant stated that Tesla was almost electrocuted by a machine as he was trying to solve the time travel riddle.
After nearly dying, Tesla asserted that he had found himself in a whole different time and space window, where he could see the past, present, and future all at once while staying within the artificial magnetic field created by him.
However, we still don’t know whether Tesla actually achieved this or not as there are no documents that prove or disprove its occurrence.
Surely, he isn’t the only scientist who tried time traveling.
Let us know what you think of Nikola Tesla’s Time Travel Experiment in the comments section.