Warning: The magic method Tribe__Extension_Loader::__wakeup() must have public visibility in /homepages/20/d746359503/htdocs/clickandbuilds/MysteriousThings/wp-content/plugins/the-events-calendar/common/src/Tribe/Extension_Loader.php on line 157
 TR-3B “Triangular UFO”: A Terrestrial or Alien Ship on Area 51? – Mysterious Thing 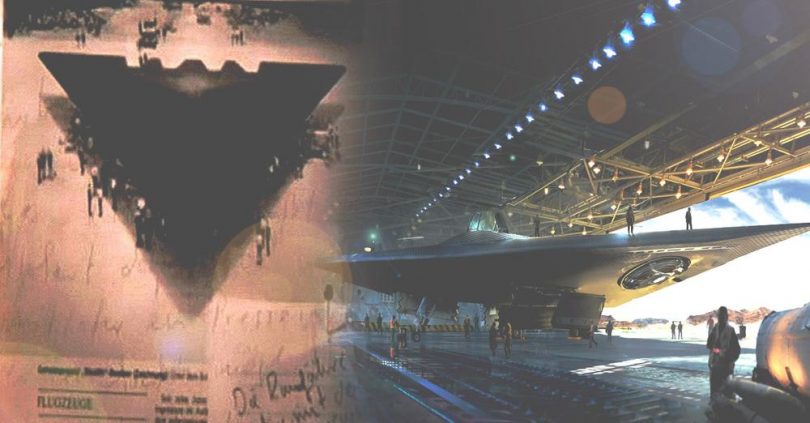 Considered the most famous unidentified flying object in the ufological field, the Triangular UFO has already been sighted all over the world.

Its frequent sighting worldwide, has given rise to consider that when it comes to  UFO , it does not necessarily  have to be  of extraterrestrial origin. That is the case of the triangular UFO.

There is so much evidence on this unidentified flying object that the theory that it is a government aircraft is a fact.

The evidence of the triangular UFO

Among one of the most controversial videos   recently captured is that of a driver returning from work. Although the video was recorded through a cell phone, it has been one of the best videos of a triangular UFO.

The surprised man when reviewing his recording knew that it was something unusual, so he decided to upload it to the Internet immediately.

Unsurprisingly, the video received millions of likes, comments, and reactions. In the images you can clearly see a  shiny  triangular shaped object .

The witness sent the video anonymously to  The Daily Star , where it also became quite viral.

Several of the comments from viewers suggest that it looks like a TR-3B surveillance plane  , with the circles under each corner of the triangle. This comment was highly supported by the rest of the community.

Another user commented that he remembered helping  build  these ships at a secret government base. Specifically during  the 60s .

Other evidences of the triangular UFO are those that were reported in Antelope Valley, a desert area in southern California.

This area of ​​the desert is often visited by researchers and theorists  extraterrestrials, UFOs and other paranormal events. It is believed that it was there that the “Black Project” of the United States Armed Forces took place.

In addition, it is close to military research and testing areas such as the 42nd Air Force Plant and Edwards Base.

For those who are experts in the UFO subject, this class of airplanes are manufactured in secret. They are the fruit of years of research, of the use of reverse engineering of alien spaceships fallen on Earth.

The TR-3B is said to be a subsonic spy plane   with a flying wing design that is sometimes invisible.

Which was used as a guide laser pointer for  bombs in the Gulf War . Manufacture of the TR-3B is credited to  Northrop.

For  UFO experts , the manufacture of this craft as well, as reports of step-shaped aircraft in Russia, Europe, Australia, are not surprising events.

That the mysterious triangular UFO is real and that reverse engineering and alien technology were used in its manufacture  .

Even though sightings have been massive around the world, it is still not really known where this aircraft came from. If it is American, if it even belongs to Earth or if it is an alien spacecraft.