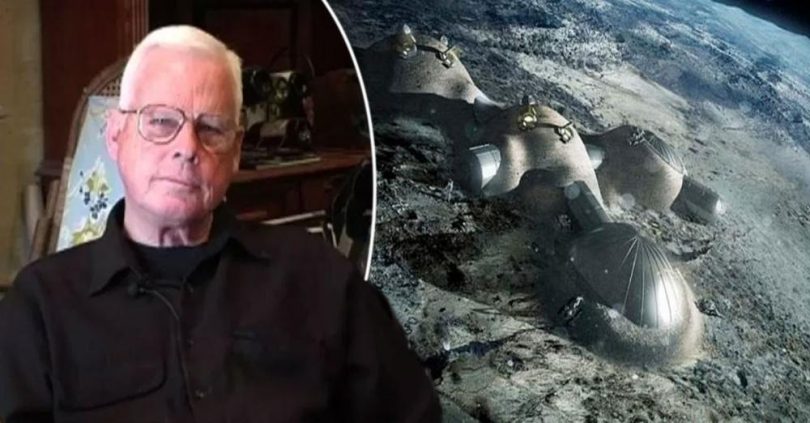 The Moon has generated many controversies over the years, but very few from any US government official. A former CIA pilot has stated that our satellite is inhabited by aliens living under the lunar surface.

John Lear , a former CIA pilot, stated that the United States government has information about the Moon and its subterranean inhabitants .

Specifically, “the population is 250 million gray aliens , where there are laboratories where they do genetic experiments.”

“250 million aliens under the lunar surface”

Lear, one of the greatest popularizers of the 80s and 90s, has always denounced secret information related to aliens.

“This being later helped the US government build some spacecraft with advanced technology.”

«In 1962, the North American country already had vehicles that did not move faster than light, such as land vehicles . But these were fast enough to reach the Moon in just 60 minutes . In turn, they reached Mars in hours.

“Thus, the first flight that reached Mars was in 1966 , even on the red planet there are around 600 million aliens and some human colonies.”

Lear says that “everything we have been told about the Moon is a lie.” According to his statements, “he discovered secret structures on the satellite, showing photographic evidence of artificial formations.”

Obviously, despite the fact that the statements of a former CIA pilot carry a lot of weight, there is no conclusive evidence of what he said.

There is no way to show proof of an alien entering an underground base, or images of the labs.

However, what cannot be denied is the technological advance that space science has made since the 1960s.

Another surprising statement that Lear has given is about planet Earth .

The popularizer said that “Earth is actually a prison planet that serves as a kind of prison institution.”

“In it, the prisoners, that is, the humans, must reach the highest possible level of development. Both technological and species ».

This is not the first time that an official, whether active or retired, has made similar statements . Regardless of whether they are on the planet or the Moon.

In fact, a short time ago the theory of the ” intergalactic zoo ” was made known. This hypothesis suggests that human beings are in a planetary prison for other species to observe us.

In the same way, other characters have declared that there are colonies of different alien races , including humans, on the Moon.

It is possible that our satellite has already been colonized in the past. Giving weight to the statements of Buzz Aldrin and Neil Armstrong during the moon landing .. What do you think?