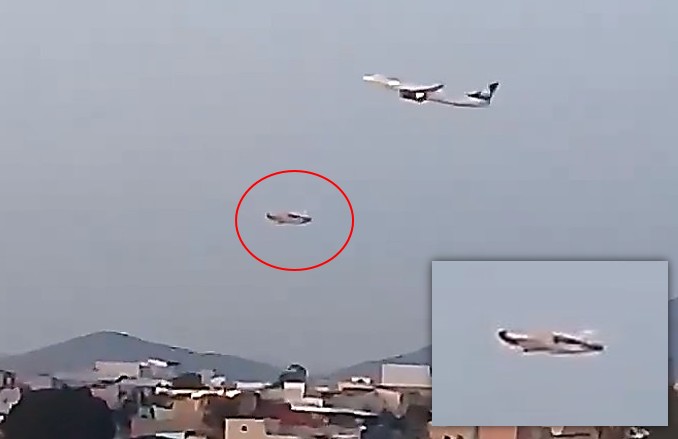 On January 25th, a huge UFO was seen passing on the coast line of the city of San Clemente, California, United States, to the south. On the same day, a Mexican citizen named Gerardo Choko Trompetas who resides in the city of Tijuana, Mexico, has seen an enormous object almost identical to that seen in San Clemente. We recall that Tijuana (Mexico) borders the United States and is only 123 km from San Clemente, where the cigar-shaped UFO was first seen.

The Tijuana witness has published on his Facebook channel the video of the object hovering above the sky of his city, filmed with his mobile phone.

Apparently, this would be the same object, since the distance between the two cities is very short, and the object spotted in the United States was going south. Ufologists who are investigating this sighting have ruled out that it could be a conventional aircraft. It can not be a helicopter or an airship, since it changed shape and had no wings or propellers. In the images below you can also see a small bright object passing near the UFO still on Tijuana.

The UFO has stationed for many minutes on Tijuana, exactly in the vicinity of the international airport, putting at risk the flights. Below is a video of the sighting in Tijuana, Mexico!