Warning: The magic method Tribe__Extension_Loader::__wakeup() must have public visibility in /homepages/20/d746359503/htdocs/clickandbuilds/MysteriousThings/wp-content/plugins/the-events-calendar/common/src/Tribe/Extension_Loader.php on line 157
 Book of Enoch: “Fallen angels are imprisoned in Antarctica” (Video) – Mysterious Thing 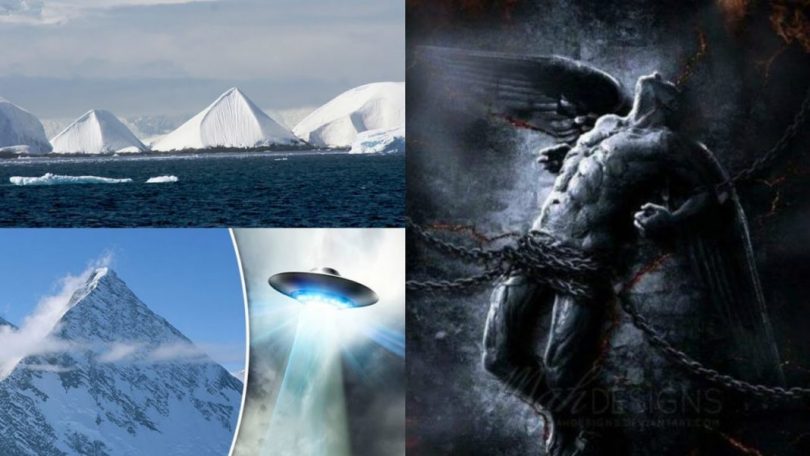 On March 14, Israel News Live published a story entitled “The fallen angels imprisoned in Antarctica and are still alive.” The commentator, Steven Ben-Nun, analyzed Enoch’s apocryphal book, which describes the experiences of Enoch, Biblical figure, who was taken to heaven to witness and play a key role in a greater heavenly conflict.

Enoch became the chief intermediary between the two sides of the conflict between the “fallen angels” and the “right angels” who served a deity known as “the Lord.” There were multiple problems in the conflict, such as fallen angels, interbreeding and / or performing genetic experiments on humanity, and transmitting knowledge and technologies forbidden to human civilization still in development.

The Book of Enoch begins with the arrival of 200 Fallen Angels in the area of ​​Mount Hermon, which borders modern Lebanon and Syria. The Fallen Angels began to cross and / or genetically modify the local inhabitants.

6.1 And it came to pass that when the children of men were increased, beautiful and beautiful daughters were born to them in those days.

6.2 And the angels, the children of heaven, saw them and wished them. And they said to one another, “Come, let us choose for us wives, for the children of men, and beget children for us.”

6.6 And they were altogether two hundred, and they came down upon Ardis, which is the top of Mount Hermon. And they called to the mountain of Hermon, because in it they swore and bound one another with curses. While the fallen angels had established an outpost on Mount Hermon, it was Antarctica that would be removed for finally after losing the celestial battle with the just angels, according to Ben-Nun’s analysis of the Book of Enoch.

Ben-Nun quotes passages from the Book of Enoch that are very suggestive of Antarctica, as well as the place where Enoch was taken to witness heavenly events:

18.5 And I saw the winds on the earth that hold the clouds and I saw the ways of the angels. I saw the end of the Earth; The firmament of Heaven above.

18.7 And those from the east were of colored stone, and one of pearls, and another of healing stone; And those of the south, of red stone.

18.8 And the means reached Heaven, like the throne of the Lord, from Estibio, and the top of the throne was sapphire.

What is interesting in the previous passage is that Enoch refers to a place that “was burning day and night.” Ben-Nun believes that this fits the description of Antarctica during the southern hemisphere’s summer season when there are 24 hours of sunlight.

As for the seven mountains, this seems to refer to Mount Vinson in the Sentinel Range of Antarctica, according to Ben-Nun. It also refers to six nearby mountains in the range that could qualify as the mountains described in the Book of Enoch.

Mt Vinson is the highest mountain in Antarctica, and is towards the center of the Sentinela Range. It would have stood out so spectacularly with its snow-capped peaks in antiquity, as it does today.

All this leads to an intriguing question. Is Goode himself a modern Enoch who is given a key role in witnessing and mediating between different human and extraterrestrial factions as the Sphere delegate that is the Alliance, which seems to be functionally identical to the omniscient deity described in the Book of Enoch? If so, this would suggest that Enoch himself was an extraterrestrial contactee of the Sphere Alliance Being or a similar group 13,000 years ago.

If the Pre-Adamite / Fallen Angels are awakened / liberated, then there will certainly be a need to deal with them and their hybrid springtime about what roles they should play while humanity awakens to the truth of their history, and manipulation by multiple extraterrestrial groups and elite families.