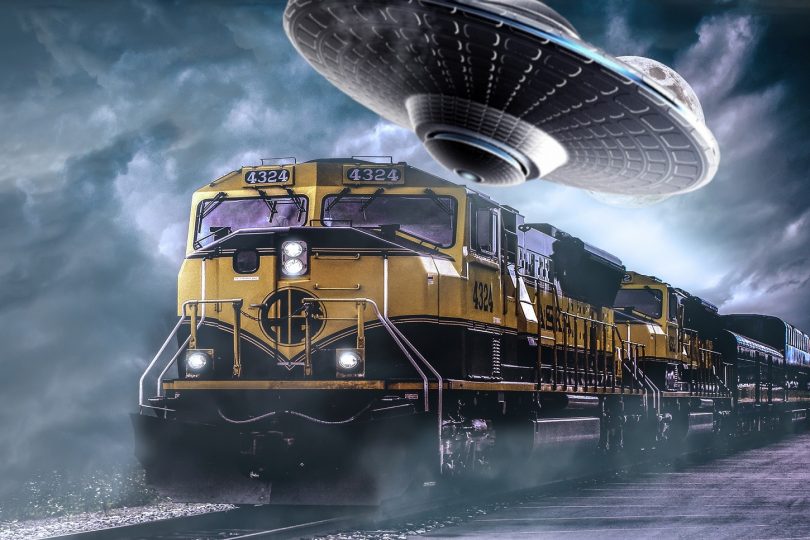 In 1954, one of the strangest UFO incidents in the World Ufology occurred. This event took place in Quarouble, near Valenciennes, north of France, on September 10 of the same year. 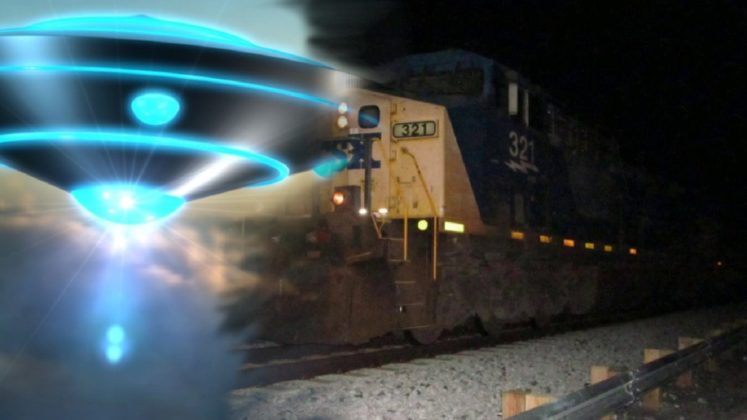 The protagonist of the case, Marius Dewilde, lived near the passage 79 of the railway Houllieres Nationales, near the border with Belgium. Marius was reading by the fireplace while his wife and son were already asleep. Around 22: 30hs the dog Kiki began to bark furiously outside the house. He immediately thought that it was thieves attacking his henhouse, then he took his flashlight and left ..

When he reached the garden he noticed that there was a shadow on the railway, only 6 meters from the door of the house. And he thought that some neighbor had passed by. It was then when his dog appeared as crawling scared. Then he heard sounds of hasty footsteps. And immediately his dog started barking in this direction.

Marius turned on and pointed his flashlight towards the noise, then illuminating two strange little beings. They were only a few meters from the witness and were hurrying towards the shadow that was positioned on the railway line. Both wore a kind of helmet with a helmet. They were about a meter tall and had broad shoulders. 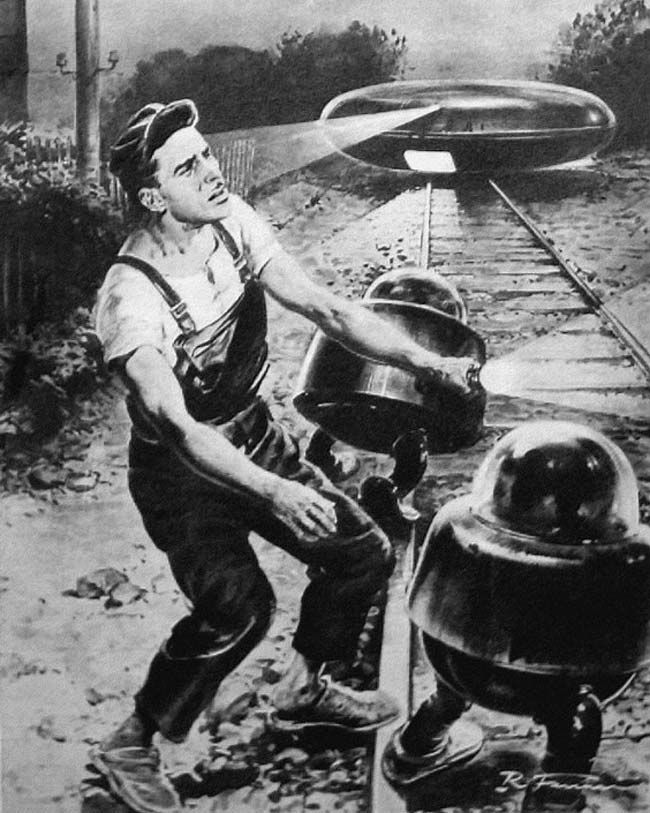 Then the protagonist attended astonished to the strange beings entering the object that took off silently immediately. A short time later he recovered his strength and scared he returned home. Arriving there he woke up his wife telling him the story. Shortly after, he looked for a neighbor who advised him to go to the police in Onning, 2 km away.The cops thought he was crazy. Then he decided to look for police commissioner Gouchet to report what happened. This, seeing that the witness was pale, scared and with physiological problems derived from the episode, requested an investigation of the Air Police and the Directorate of Territorial Security (DST).

The investigation began immediately that night. An interesting fact happened precisely at the moment when the researchers were in the place. A freight train approached and when passing in the place where the object was perched there was a loud roar.

The engineer stopped the locomotive and went to check what would have happened. There, machinist, investigators and the witness perceived that there was a depression in the rails in an area of ​​6 meters. 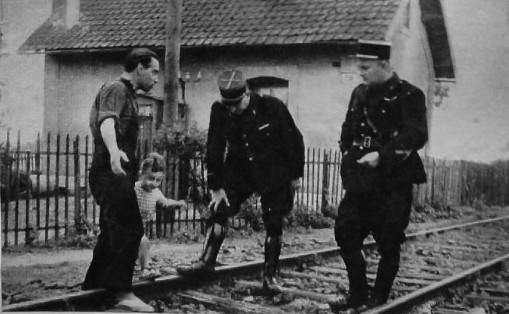 The engineer tried to use a phone nearby to warn the central but it had defects. Interestingly, his flashlight, which was also battery powered, had defects after the episode.

The next day the investigators returned to the place and discovered new evidence. The investigation found that there were no fingerprints in place, but there were marks on the rails at five different points. These marks had 4cm² each, divided into 3 rails.

They resembled bevels caused by bodies of rectangular section and containing up to a penetration bevel, so that a force of 30 tons was exerted on the wood of the rails. In addition, the marks were symmetrical.

The stones collected in the room were calcined, fragmenting easily, while the stones collected in other nearby places were normal. In subsequent investigations in the region it was discovered that several other people spotted a strange reddish flying object at the same time that Mr. Marius observed the ship and its crew.

With the passing of the days Marius presented respiratory problems and his dog Niki dies mysteriously. In addition to Niki, three cows on a nearby farm died mysteriously. Autopsies were performed to determine the cause of death and it was discovered that the three did not have blood on their bodies. What do you think about it? Watch the following video and leave us your comment below.