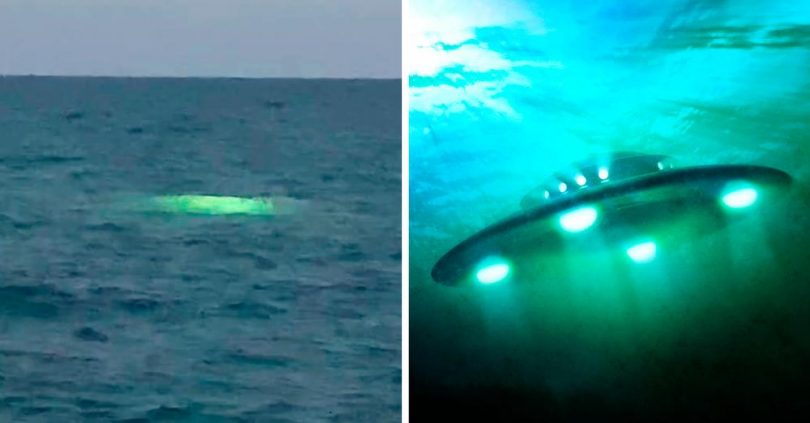 Mysterious images appeared on the web of a green luminous object moving underwater. As it moved, “the object shone and changed shape.”

An underwater UFO sighting off the coast of Miami has recently been reported. An underwater and luminous object that surprised viewers of social networks.

The famous ufologist Scott Waring has published mysterious images in which a glowing object of green luminosity moves under the surface of the water.

As it moved, the object glowed green and changed shape. According to Waring, UFOs are capable of moving underwater just as easily as they are through the air.

And the green light comes from the propulsion systems of an unidentified object.

This is far from an isolated case of O V NIs entering and leaving the ocean.

Many people probably remember the videos of a UFO entering the water, filmed by the crew of an American destroyer.

The ufologist is convinced that in the places where such objects are found, extraterrestrial bases could be located at a depth of several kilometers.

Some researchers believe that these bases are not the main ones, but rather the transit bases for beings from other worlds that could live underwater and why not, underground. What do you think?