Warning: The magic method Tribe__Extension_Loader::__wakeup() must have public visibility in /homepages/20/d746359503/htdocs/clickandbuilds/MysteriousThings/wp-content/plugins/the-events-calendar/common/src/Tribe/Extension_Loader.php on line 157
 Wedge of Aiud: A piece of a 20,000-year-old ship? – Mysterious Thing 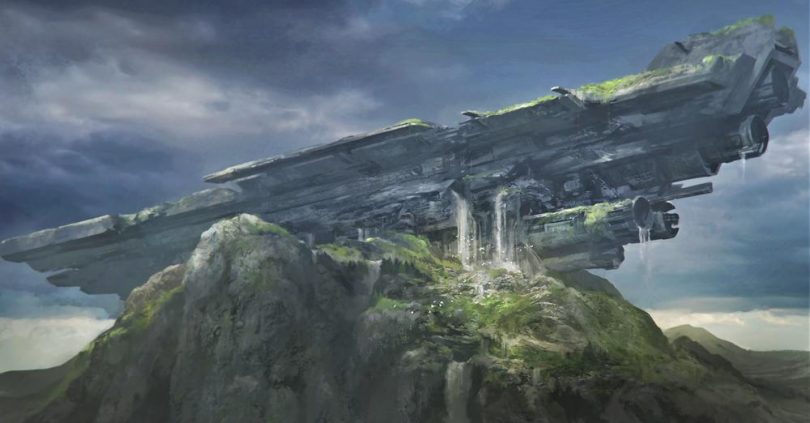 A strange artifact known as the Aiud wedge has become one of the most controversial objects in recent years. This is because it could belong to a 20,000 year old UFO …

The Aiud wedge is a piece of metal discovered in the year 73, about 10 meters deep. Strange mastodon bones were accidentally found . However, what caused the most controversy was a piece of metal.

The strange piece found in the city of Aiud, Romania, was donated to the Transylvanian History Museum and was hidden for years until it was rediscovered.

5 pounds and 20 × 12.5 × 7 centimeters in diameter were its characteristics. But what was that strange thing?

What is the Aiud wedge?

The millimeter-thick oxide covered the entire block evenly, but this helped date its age to about 400 years .

But the geological layer in which it was found suggests that it must have been in the area about 20,000 years ago , in the Pleistocene .

Florin Gheorghita, a famous historian, managed to examine the analysis carried out on the Aiud wedge, ensuring that the metal alloy that made it up was extremely complex .

Why was an object with these characteristics next to mastodon bones? It should be impossible, since aluminum in its pure state is not in nature and humanity managed to reach such a degree of purity only appeared in the nineteenth century .

Added to that are two perfect oval piercings, indicating that the Aiud wedge was undoubtedly made artificially .

The hypotheses behind the mystery

Some experts suggest that it is a man-made tool , which would not make sense at the time.

It has even been compared to the fulcrum of space modules , such as the Viking , but it has not had results either.

This and other reasons have led us to think about the possibility that it was part of some extraterrestrial spacecraft . What function would such a modern piece of technology have in the remote past?

Gheorghita, in an article published in Ancient Skies, stated that he asked an aeronautical engineer about the piece about the artifact and the results of his analyzes.

The engineer replied that, according to its composition and the hole in the jock, as well as a pattern of abrasions and scratches on the metal, it was a piece of an airplane landing gear .

How and why was such an advanced piece of technology found alongside such ancient fossils? How did it get there? It is possible that we are facing the remains of a UFO accident in our remote past or something else.