Warning: The magic method Tribe__Extension_Loader::__wakeup() must have public visibility in /homepages/20/d746359503/htdocs/clickandbuilds/MysteriousThings/wp-content/plugins/the-events-calendar/common/src/Tribe/Extension_Loader.php on line 157
 Researcher affirms that “UFOs come from the Moon” (Video) – Mysterious Thing 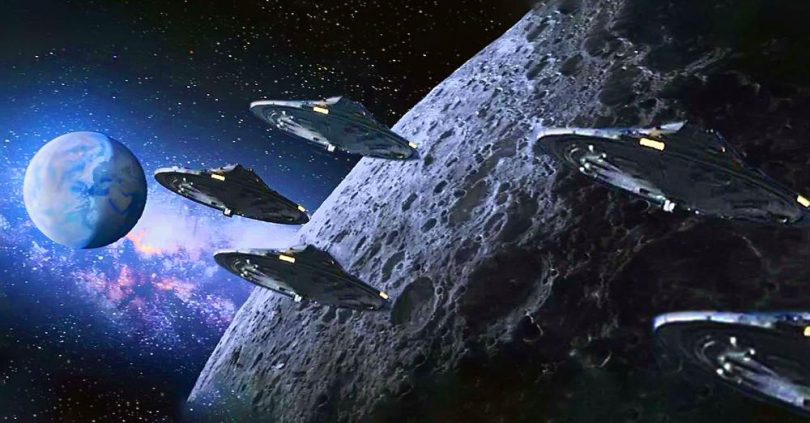 A “sky watcher” captured on video a surprising formation of UFOs on the Moon. Are they coming from our satellite?

We have learned that the Earth, from our perspective of smallness, seems flat, but, everything seems to indicate that it is round or at least that is what we were taught.

From there it is the starting point to come to understand that the universe is so big and vast that we cannot assure that we are alone in it.

Everything matches, when unknown objects appear in the sky.

The UFO phenomenon continues to speak, thus a construction of rational thought is being created, to elucidate and found spaces to try to know what we are watching happen in the sky.

The images in the video (below) show three flying objects in an apparently triangular formation, and gliding at a high speed so that later 2 more appear following the same trajectory.

“A trajectory that points to the earth if you can fix the exact moment well.”

Given the speed of the objects, it is unlikely that they are satellites, especially because of the movements they make and the loss of formation before disappearing into the darkness of space.

An organism adapted for this situation, since sudden movements would be impossible for our race, due to the gravitational forces that we can force.

As is known, the human body cannot support flights beyond a certain speed limit, which, in space, can be 32 thousand kilometers.

This is a very small limit for the evolutions made by these flying objects, which practically disappear very quickly.

Once the formation of the three objects or UFOs is located and recorded , after about 10 seconds later a fourth object appears on the screen, at 35 seconds a fifth UFO enters the scene in the same direction after the previous formation.

An impressive recording to which we would ask ourselves a question about it. Are they ships of another civilization from the moon? Or .. are they from the terrestrial space fleet?