Warning: The magic method Tribe__Extension_Loader::__wakeup() must have public visibility in /homepages/20/d746359503/htdocs/clickandbuilds/MysteriousThings/wp-content/plugins/the-events-calendar/common/src/Tribe/Extension_Loader.php on line 157
 What are the mysterious lights that appear on the Moon? – Mysterious Thing 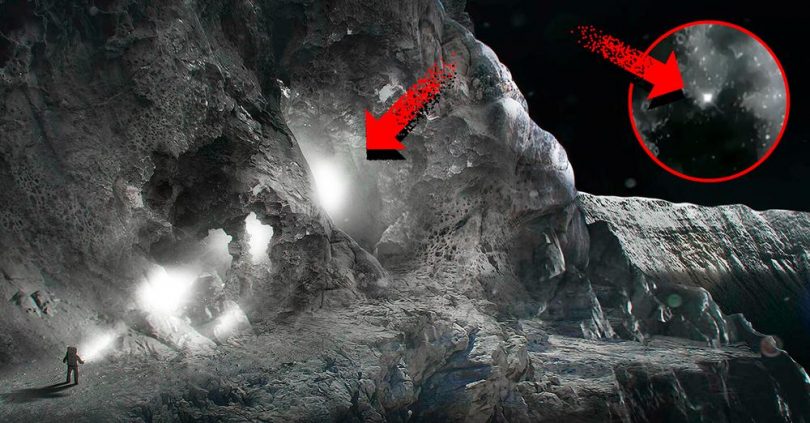 For years, many people have seen and reported flashes of light on the Moon. That it could be? Strange lights in Earth’s atmosphere? Signs of extraterrestrial visitors?

It happens several times a week. Sometimes it is just brief flashes of light that appear on the surface. Others last longer, and sometimes there are places that are temporarily darkened.

One hypothesis is that they are caused by meteorite impacts or may be electrically charged solar wind particles that react with lunar dust. Who knows?

In space, there are lots of tiny fragments of rock and other materials that, from time to time, hit a planet or the Moon.

When they do so against the Earth, they usually burn when they enter the atmosphere and give rise to so-called meteors (also known as “shooting stars”).

But the Moon has no atmosphere, so when these small rocks collide with it, they hit its surface directly, producing a brief flash.

“These transient lunar phenomena have been known since the 1950s, but they have not been observed systematically and long-term enough,” experts explain.

When will we return to the moon?

Last year, the NASA administrator assured that they have duplicated plans to return to the Moon and land on Mars and explained that the organization is on the way for humans to return to our satellite again by 2028.

The plan is based on the development of a space launch system on the Orion spacecraft in conjunction with the Gateway orbital platform.

“We will go to the Moon in the next decade with new technologies and innovative systems to explore more places on its surface,” says the scientist.

“This time, when we arrive, we will stay. We will use what we learn as we move forward to make the next big leap: send astronauts to Mars, ”he adds.