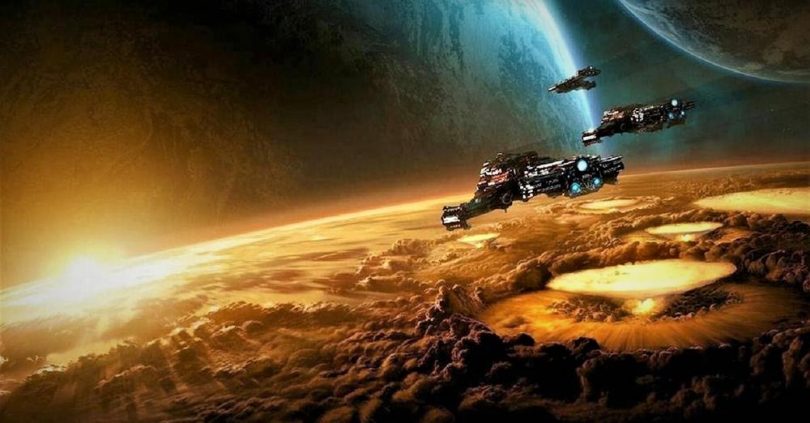 According to the theory of an American physicist, “an ancient Martian civilization was destroyed with nuclear bombs, which, he warns, could also attack the Earth.”

John E. Brandeburg, plasma physicist at the company ‘Orbital technologies’, has been arguing since 2011 that the red color of Mars is due to an explosion of thermonuclear origin.

“The surface of Mars is covered in radioactive substances such as uranium, thorium, and radioactive potassium.”

“A nuclear explosion could have left debris all over the planet,” he then told Fox News, presenting his strange theory.

Since then, the scientist has delved into his idea, according to which the explosion was caused by an intelligent extraterrestrial race, reports ‘Daily Mail’.

The conclusion of their latest report holds that “nuclear isotopes in the atmosphere of Mars resemble hydrogen bomb tests.”

Which, according to his theory, shows that we are dealing with “an example of a civilization destroyed by a nuclear attack from space.”

Their research is based on the high concentration of Xenon-129 in the Martian atmosphere and the uranium and thorium found on the surface by NASA’s Odyssey spacecraft.

According to his theory, the red planet had two ancient Martian civilizations.

According to the physicist, who even reveals their names – Cydonians and Utopians – these alien races had a level of technology similar to that of the ancient Egyptians.

For their part, scientists point out that the appearance of these elements on Mars is not surprising, since they are natural elements that are found everywhere.

The physicist maintains that before the explosion, Mars had a climate similar to that of Earth, as did plant and animal life.

This version, he claims, suggests that we too should fear an attack on our own planet.

“So a manned mission to Mars should be organized to find out what we’re up against.”

What do you think about the theory of this physicist and the destruction of a supposed Martian civilization? Watch the following video and leave us your comment below.