Warning: The magic method Tribe__Extension_Loader::__wakeup() must have public visibility in /homepages/20/d746359503/htdocs/clickandbuilds/MysteriousThings/wp-content/plugins/the-events-calendar/common/src/Tribe/Extension_Loader.php on line 157
 A bright flash turned a cop into a handful of ashes (VIDEO) – Mysterious Thing

The video below, which appeared on January 12 on YouTube, was allegedly found in the Dark Web, which is not accessible to ordinary users.

The video was first published on the dark web by the user of “Iknowthings” who claims that this video was stored on the servers of the Pentagon and was tagged as ‘top secret”.

It is alleged that some hackers allegedly hacked into the secret Pentagon servers and downloaded from there a lot of highly secret materials devoted to unidentified flying objects, extraterrestrial civilizations and collisions of people with aliens. And this, they say, is one of such materials. 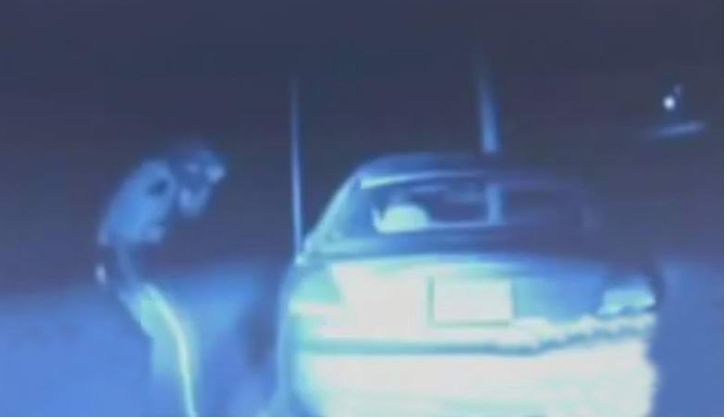 The video was obtained in the dark by the police car dashcam. We see the law enforcement officer leaving his vehicle and approaching the car ahead, which he had stopped before. The guardian of the law begins to talk with the driver sitting inside the cabin, and then something truly incredible happens.

Suddenly, there is a brightest flash of light, turning a police officer into something resembling a steaming handful of ash. The car, with the driver of which the law enforcement officer had just spoken, drives off without hindrance. Unfortunately, the time and place of this intriguing incident remain unknown.

Mysterious shots made a lot of noise on the World Wide Web, creating a lot of speculation and theories. Some users claim that the policeman, most likely, was turned into ashes by the “flying saucer” accompanying this mysterious car. For others, the danger was precisely in the car, which stopped the unfortunate peace officer. Some suggest that the man did not die, but teleport somewhere, perhaps he was just kidnapped like that, and the fact that his smoking clothes were left on the road still does not say anything.