Warning: The magic method Tribe__Extension_Loader::__wakeup() must have public visibility in /homepages/20/d746359503/htdocs/clickandbuilds/MysteriousThings/wp-content/plugins/the-events-calendar/common/src/Tribe/Extension_Loader.php on line 157
 NASA: The 2002 NT7 asteroid could “hit” Earth in February – Mysterious Thing 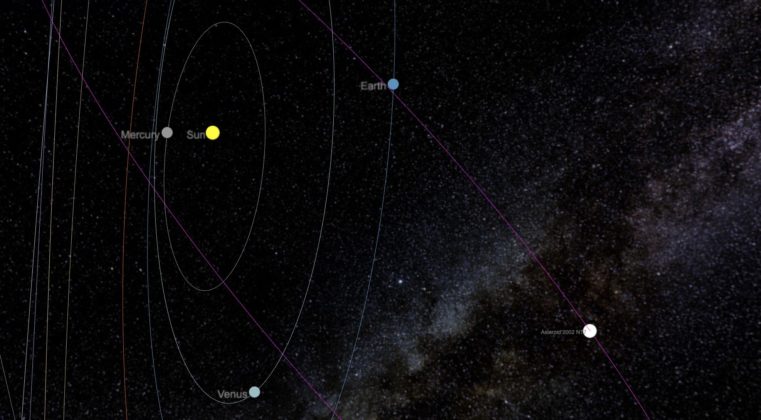 Every few months we have new theories of those impacts that could be devastating for Earth, and there is a large number of asteroids that roam the universe.

But something is worrying the official scientific community, which is still silent. NASA declared that a 2.5-km-wide space rock, the 2002 NT7 asteroid, is heading towards Earth, although with a “low probability of impact” on Earth. first months of this 2019.

NASA scientists even provided estimates for the potential impact, announcing that a major collision could take place on February 1 of this year, something that leaves us with little chance of stopping this asteroid with the technology we currently possess. .

But NASA’s apocalyptic prediction receded after four days of intrigue, repeated risk-impact calculations, and repetition of trajectory calculations several times, as alarms began to sound not only in the agency spatial if not in the higher echelons of power. But did the verification and the final result really come to fruition?

Conspiracy theorists believe that the US Government’s Strategy and National Action Plan for Near-Earth Object Preparation are insufficient if the 2002 NT7 were to be directed on Earth. Watch the following video and leave us your comment below.