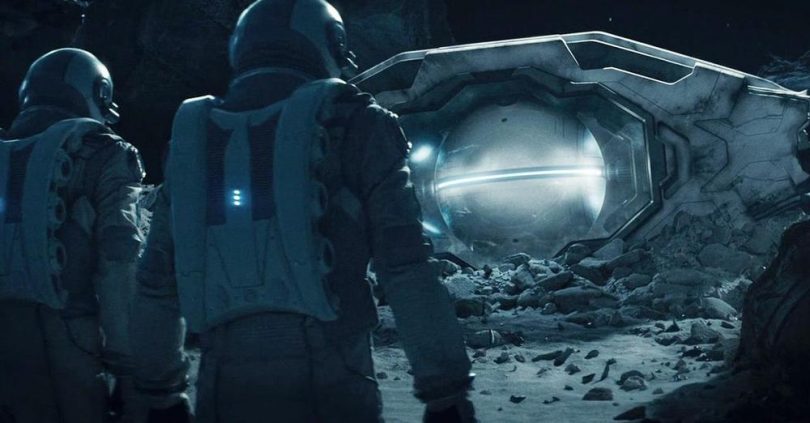 For many, the idea that secret missions to the Moon were carried out is something very difficult to believe. Especially when you add to that story that the alleged missions recovered alien technology.

While many believe that the existing Apollo 20 idea is just another conspiracy theory, there are many people around the world who believe that something like this is entirely possible.

In today’s world, ufologists trying to get to the bottom of the UFO phenomenon are having a very difficult time due to the many conspiracy theories and hoaxes circulating around the web.

While the so-called Apollo 20 mission could very well be one of those elaborate hoaxes, there are some interesting details that make it worth investigating further.

While these missions were “never” officially carried out, many people believe that NASA secretly sent three more missions to the moon where astronauts allegedly explored ancient structures on the lunar surface and recovered extraterrestrial technology.

One of the most interesting quotes about strange structures on the surface of the Moon comes from Dr. Brandenburg, who has provided what some call “substantial evidence” of extraterrestrial life present in our solar system.

“The Clementine Mission was a photographic reconnaissance mission, basically to see if someone was building bases on the Moon that we knew nothing about.” Brandenburg once recounted:

“We were sitting in a room with generals from the Army, Air Force and some Admirals, and we were watching what appeared to be a shootout in space. The senior general there turned to me and said, “Where do you think they’re from?” And he said, “I heard it’s 40 light years from here.”

Quotes like the one above have given people around the world a reason to believe that numerous top-secret missions to the Moon were carried out even after Apollo 17.

Interestingly, in 2007 several interesting videos were posted on YouTube by William Rutledge, a person who claims to have been part of the Apollo 20 mission.

Rutledge claims that there are countless structures on the far side of the Moon and they even showed videos of the structures and a supposed female alien that was found on a gigantic crashed alien ship.

The Italian researcher named Luca Scantumbarlo was able to find out more about the incredible “story” that Rutledge had made known to the public when he contacted Rutledge.

In an interview, Rutledge stated the following: “NASA did not employ me, the USAF did. He had worked in the study of extraterrestrial technology, but only that related to Russia. He had studied about the N1 project, AJAX plane project, and the MIG Foxbat 25.

I had some skills to use navigation equipment and was a volunteer for the MOL-Gemini project. The USAF chose me for Apollo 20 because I was a pilot who did not believe in God. “

According to reports, the so-called Apollo 20 mission was not only an American mission, but was, in fact, a joint venture between the Soviets and the US. The mission was carried out according to Rutledge in 1976.

Apollo 20 was sent to the far side of the Moon, to an area known as the Sports-Izsak region, in the vicinity of the Tsiolkovsky crater. His goal was to investigate a huge object that had been discovered by members of the Apollo 15 mission crew.

Once on the Moon, the Apollo 20 crew members encountered a colossal object, 2 miles (3,200 mtr. Approx.) Long. It was an alien spaceship, and not far from it, was another much smaller spacecraft.

Rutledge says: “It was called the ‘City of the Moon’, but it seemed to be space junk, as it was full of scrap metal and pieces of gold; but only one construction seemed intact, we called it the ‘Cathedral’.

We took photos of the metal pieces, of each part that had calligraphy, exposed to the sun. The city appears to be as old as the ship, but it is a very small place. In the rover video, the artifacts appear larger. ” ‘We entered the spaceship.

The main findings of the exploration were: it was a very old mothership that traversed the universe for at least 1 billion years.