Warning: The magic method Tribe__Extension_Loader::__wakeup() must have public visibility in /homepages/20/d746359503/htdocs/clickandbuilds/MysteriousThings/wp-content/plugins/the-events-calendar/common/src/Tribe/Extension_Loader.php on line 157
 They discover signs of life 2,000 million kilometers from Earth – Mysterious Thing 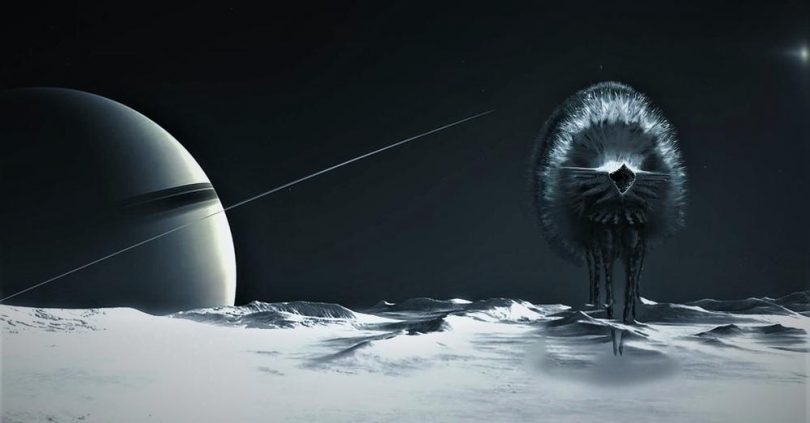 There is a good chance that microbial life exists almost 2,000 million kilometers from Earth: Enceladus, Saturn’s moon, not only contains molecular hydrogen, but also its methane would come from living beings.

Each time you delve a little deeper into the hidden worlds of Enceladus, one of Saturn’s 53 moons, hints that it may indeed contain microbial life grow.

In 2014, the Cassini-Huygens mission discovered that Enceladus contained a regional ocean of liquid water, about 40 kilometers below its surface. A year later it became known that this ocean was global.

In 2017 it was found that this immense ocean brings together several of the elements necessary for the formation of life and, even, that it can host small microbial ecosystems.

In 2020, a new study by the Southwest Research Institute (SwRI) in Texas, carried out using computer models, confirmed that that ocean could have a diverse metabolic menu, capable of supporting a rich microbial community.

That research discovered molecular hydrogen, a possible food source for microbes, in the column of ice grains and water vapor that gushed from cracks in Enceladus’ icy surface.

Although both Saturn and its moons make up an icy world, Enceladus has hot spots due to its internal geological activity: ice and water volcanoes emit water vapor that turns into ice dust, where molecular hydrogen was located.

As if these indications were not enough, a new investigation carried out by the University of Arizona and the University of Sciences and Letters of Paris, also using data obtained by the Cassini- Huygens mission , identifies methane as one more element that would confirm the necessary environment. for life.

The presence of methane in the plumes of water vapor emerging from the surface of Enceladus could be related to the existence of microbial life on the coldest moon of Saturn, according to the authors of this research.

Until now, those enormous amounts of methane in Enceladus’ atmosphere had been considered to be due to the hydrothermal dynamics of the moon, a hypothesis that the new research completely discards.

This finding is what has led them to the conclusion that the most plausible explanation for the presence of so much methane in Enceladus is that it is due to biological processes: microbes that devour hydrogen and produce methane, just as it happens on Earth.

There is another possibility: that the presence of methane is due to thermodynamic processes.

In this regard, the researchers suggest that methane could come from the chemical decomposition of primordial organic matter that may be present in the nucleus of Enceladus.

To obtain these results, the researchers applied mathematical models, as scientists from the Southwest Research Institute (SwRI) had done in 2020 , since at the moment there is no other way to approach the secrets of Enceladus.

Computer models for the new research combined data from geochemistry and microbial ecology to analyze data from the Cassini plume and model possible processes that would better explain the observations.

They concluded that the Cassini data is consistent, both with the activity of microbial hydrothermal vents, and with processes that do not involve life forms, but are different from those that occur on Earth.

“Obviously, we are not concluding that life exists in the ocean of Enceladus,” the researchers say in a statement, adding that they cannot consider the “life hypothesis” highly unlikely either.

We are talking about all these microbial processes probably taking place on the seventh satellite of a planet that is 1.4 billion kilometers from the Sun.

The scenario where all this could be happening is a moon that is around 500 kilometers in diameter, which is 25 times smaller than Earth, which is almost 10 times farther from the Sun and about 2 billion kilometers from Earth.