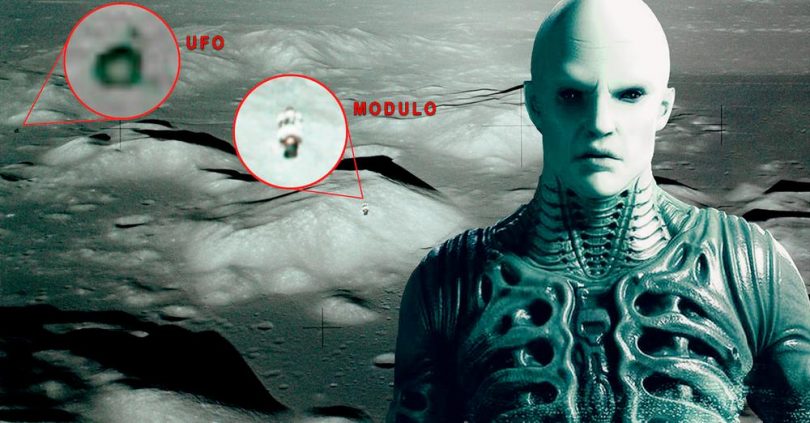 Apollo 17 was the last official mission of the American ‘Apollo’ program that brought the first astronauts to the Moon in 1972.

During the 12-day lunar mission, the crew captured more than 8,400 photos of the lunar surface that are now available on NASA’s website .

Years after the photos became available, UFO hunters discovered curious objects in some of the images that resemble spaceships, origins unknown.

In fact, there are those who believe that the anomalies are simply reflections or lens flares, but the growing evidence tends to disprove these theories easily.

Apollo 17 remains the most recent manned mission to the Moon, with no other astronauts having set foot there since 1972. Could this be just a coincidence?

The constant number of days spent both in space and on the Moon, as well as the fact that no other manned missions have been conducted since then, raises many questions.

Is it possible that the Apollo 17 astronauts encountered an alien moon base? Were they found by UFOs or crafts from another world? If so, did anyone restrict or deny human access to the lunar surface?

Why would the Apollo 17 mission gather such a large volume of samples, take so many photographs, and never investigate its findings further again?

Is the natural satellite that orbits our planet so desolate and unimportant that no further missions are necessary?

While it is still difficult to prove that the astronauts were intercepted by aliens, the reality of the UFOs present in many stages of the Apollo 17 mission is a clear indicator (for some of us at least) that NASA could be in favor of a Covert pact with beings from another world ..