Warning: The magic method Tribe__Extension_Loader::__wakeup() must have public visibility in /homepages/20/d746359503/htdocs/clickandbuilds/MysteriousThings/wp-content/plugins/the-events-calendar/common/src/Tribe/Extension_Loader.php on line 157
 Ark of the Covenant: Device used to power the Great Pyramid of Giza – Mysterious Thing 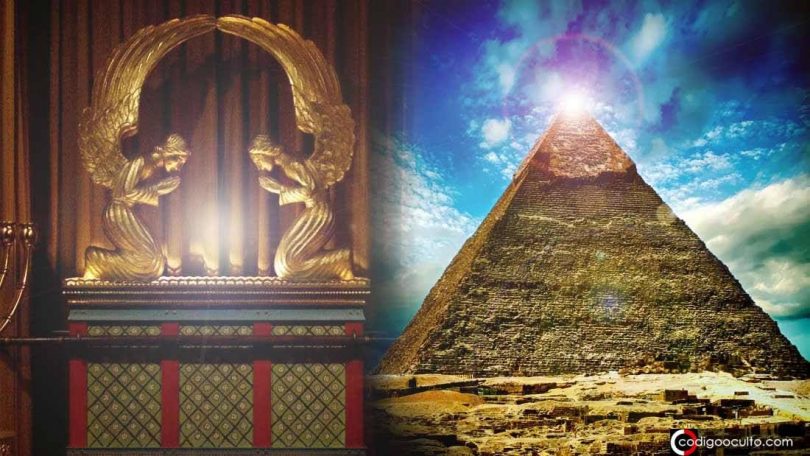 Is there a relationship between the Great Pyramid of Giza and the Ark of the Covenant? After it was discovered that it was not used as a tomb and that it stores electromagnetic energy inside … Is it possible that these two devices were connected ?

It is now official that the Great Pyramid of Giza was not used as a tomb. After many studies through ScanPyramids , it was detected that it contained thermal anomalies inside.

This posed a big question mark for archeology and science who believed that the temperature inside was constant .

Writer and filmmaker David Wilcock commented that the energy of the pyramids is related to gravity . Compare this energy to a river that flows constantly to Earth , which can be harnessed with a funnel-shaped construction . Thus, the energy swirls inside it and creates a vortex current.

Knowing this, there is no doubt that the Great Pyramid of Giza was built for the purpose of storing energy . The question is what for? With what technology? And the most important, are all the components of this great machinery still inside it ?

The Ark of the Covenant as an energy device 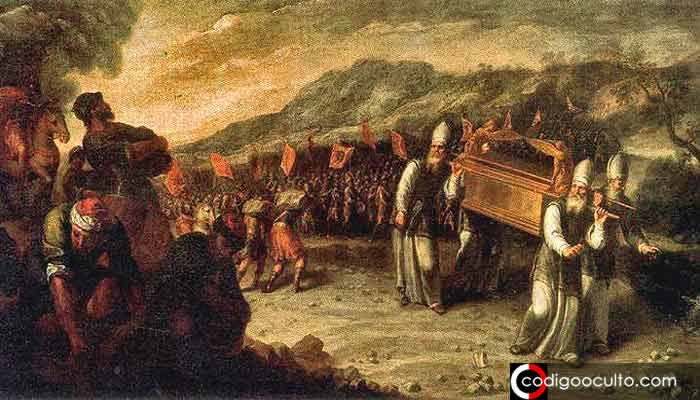 According to the book of Exodus, after the Israelites were liberated from Egypt, God summoned Moses on a sacred mountain, granting him two stone tablets that were carved with the ten commandments.

At that time, Moses was instructed to build the Ark of the Covenant , one of the most controversial devices in history.

The Ark of the Covenant not only contained the ten commandments, it was also believed to be the throne of God himself; where the Ark was, there would be the power of God.

The dimensions of the alliance were approximately 131 x 79 x 79 centimeters . It was plated with gold and its crown, also made of gold, was placed around it. It had four gold rings that were fixed at its feet where wooden staves were placed, also gold-plated and with which the device would be transported .

Some researchers suggest that if the details of the ark’s construction were patented in the past , then it is a device similar to an electrical capacitor , including two electrodes separated by insulators.

To this is added that it was placed in a “room” that had a magnetic field of 500 to 600 volts per vertical meter. In this way, the crown that surrounded the Ark of the Covenant was charged with energy , functioning as a capacitor.

The true power of the Ark 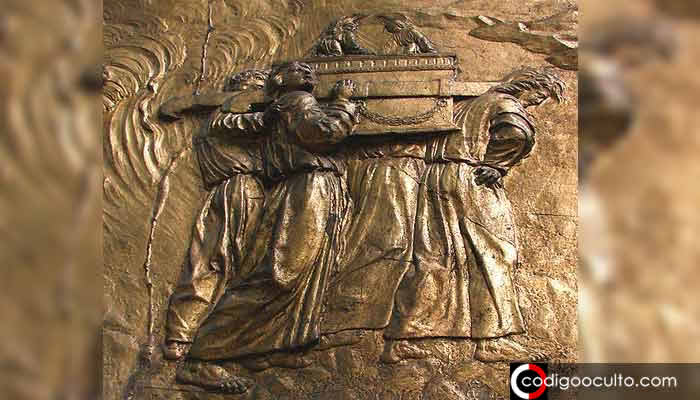 There are many theories about this device, but most historians agree that it generated a powerful and unknown force.

This is assumed due to the prohibition of touching it and that those who transported it had to wear a kind of protective suit while the rest kept their distance.

Even the descriptions in the Bible mention the enormous power that was dangerous to man.

Thus it is suggested that the Ark was actually part of a complex system of energy production , which could be used as a weapon , just as Jericho used it. As a means of communication , just as Moses used it to talk to God. Among other uses.

The proofs of this power are found in the reading of the instructions for the Assembly of the Tabernacle where the Ark was kept, as well as the exact rules to access its interior without endangering their lives.

Another clue can be found in the Battle of Qadesh , in Abu Simbel, where you can see how Ramses II uses a device with a description similar to the one we can read in the Bible about the Ark of the Covenant, with which they invoked « mysterious powers.

Connection with the Great Pyramid of Giza 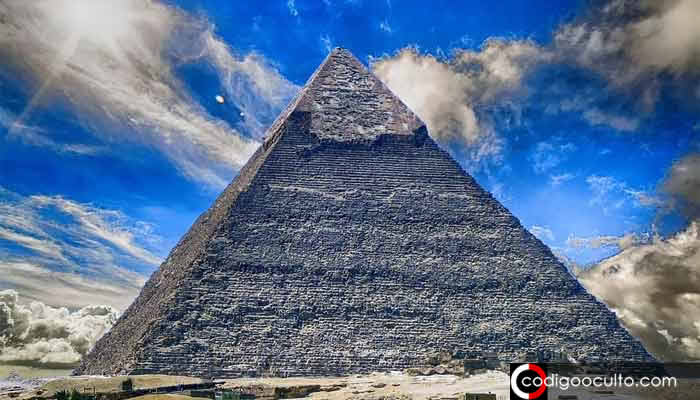 If the Great Pyramid of Giza was not built to be a tomb or to store things, as some skeptics suggest, why was it built?

It is possible that the answer is found in many factors, with the coordinates of its construction ; these are aligned with north-facing precision, with only 3/60 degree of error.

Another surprising fact is that it is located exactly over the center of the land mass . The east / west parallel and the north / south meridian intersect in two places on the planet; one of these is the Great Pyramid of Giza.

As can be seen, the construction of this great monument was not a whim ; its shape, location and size were not made by chance and everything had a reason.

In fact, the pyramid’s cornerstone foundations possess a ball-and-socket construction that stands up to the expansion of heat and earthquakes. Foundations that were extremely large for human workers to displace thousands of years ago.

It is for that reason that it is believed that the Ark of the Covenant could have been the device used within the Great Pyramid of Giza, as a kind of capacitor or battery that would turn the entire structure into an ancient power plant.

Although they are only theories, there are too many connections to be taken for a simple “story”, as the skeptics of traditional history would have you believe.