Salyut 7 was a Soviet Union space station from the 1980s. In July 1984 , six of its Russian astronauts witnessed two separate sightings of seven giant humanoid and alien ( angel-like ) winged beings . It is unlikely that it was a shared or collective hallucination , so the report is surprising.

Salyut 7 was the last space station of that Salyut program initiated on April 19, 1982 by the Soviet Union, during the Cold War. It completed its mission in 1986 . This station was 16 meters long and was home to six crews.

Russian Salyut 7 astronauts and the sighting of «angels» 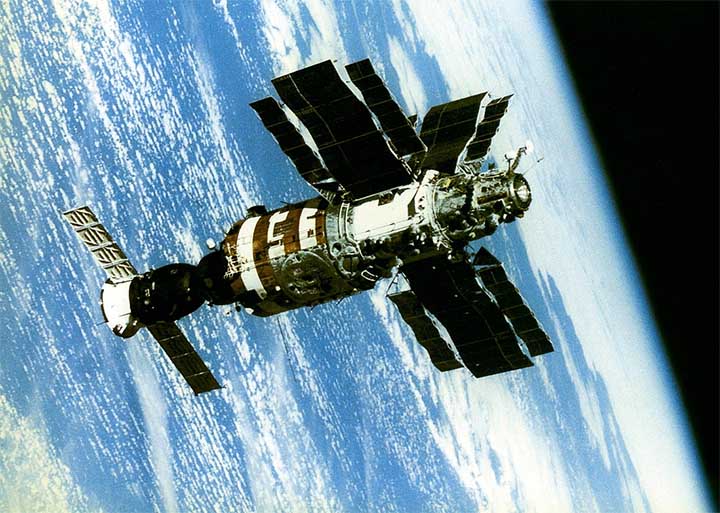 Russian Salyut 7 astronauts and the sighting of «angels» Salyut 7. (Public domain) Russian astronauts Leonid Kizim, Vladimir Solovyev and Oleg Atkov spent 237 days in space in 1984 and were the three witnesses to the first paranormal phenomenon that occurred on July 12, 1984 : the sighting of angels or alien winged beings.

The first thing they observed was ” a strange orange glow around the spacecraft . ” It was like a ” cloud ” of mysterious cosmic origin and not a “gas leak” , as the crew first thought. In the end, an ” explosion of orange light ” left them momentarily blinded. 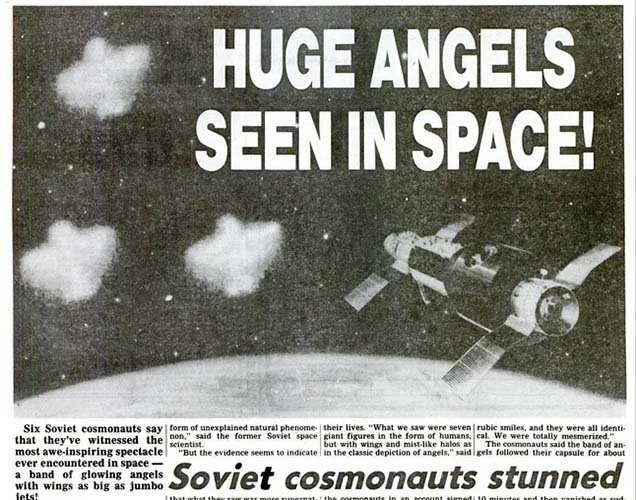 According to researcher William Henry , witnesses, after the explosion, were able to spot seven winged humanoid entities (seven angels) . They were also gigantic: “they were more than 24 meters high . ” One of the astronauts said:

What we saw were seven giant human-shaped figures, but with wings and halos like mist, as in classic descriptions of angels.

Furthermore, these beings gave off a kind of “energy” or “aura” of peace and positive feelings (they even smiled at them !). They were outside Salyut 7 for about ten minutes and then they disappeared .

The second incident occurred on July 17 , after three other astronauts arrived : Vladimir Dzhanibekov, Svetlana Savitskaya and Igor Volk . The seven angels reappeared . Both incidents were reported to the command station on Earth. The first was considered by scientists in charge as a hallucination caused by the loss of oxygen and pressure changes .