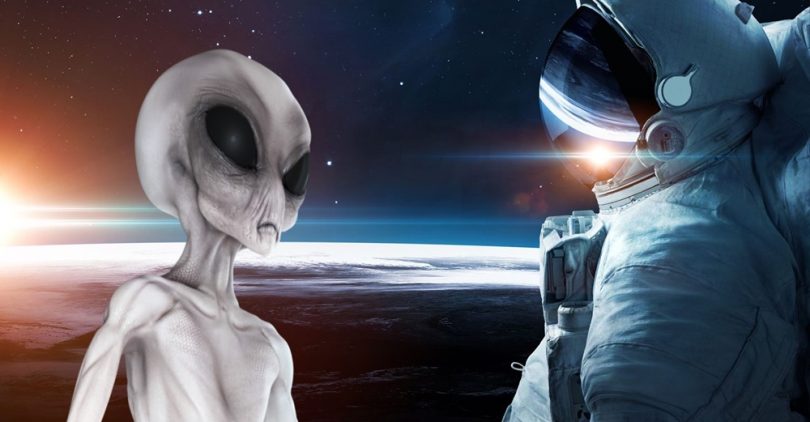 Have you heard of Edgar Mitchell? A NASA astronaut, who was also the sixth man to step on the Moon on the Apollo 14 mission in 1971.

It was he who piloted the lunar module Antares that brought 40 kilos of lunar rocks to analyze on Earth.

After retiring he founded the Institute of Noetic Sciences for the study of unconventional scientific phenomena such as aliens.

Michael died at the age of 85 in Florida, United States.

Before dying, Mitchell gave an interview that left the entire world speechless, as, according to him, aliens visited Earth during the Cold War era and helped prevent a nuclear war.

“The aliens were trying to prevent war by helping to create peace on Earth,” astronaut Edgar Mitchell told the British newspaper Mirror.

According to Mitchell, UFOs were sighted near military bases of the time: “I spoke with several Air Force officers who worked at these bases during the Cold War.”

“They told me that UFOs were seen frequently and that they were capable of deactivating their missiles.”

“Other officers on the Pacific coast reported that their missiles were frequently shot down by alien ships,” said the sixth man to set foot on the moon .

But why did this story never come to light? Mitchell explained that the matter was covered up by the United States government.

Mitchell pointed out that he spoke with several former military members of the North American Intelligence Agency, better known as the CIA, and they revealed that Harry Truman, then president of the United States, convened a committee to study this ufological phenomenon, which concluded that it was really about aliens.

Despite the conclusions, it was decided to hide the events. For this they created a National Security Act in 1974 to hide the case and the existence of the investigation committee.

Mitchell says that out of fear of losing control and power over knowledge and technology, the government discouraged other people from conducting similar investigations.

You can watch the video below with the full interview with astronaut Edgar Mitchell.