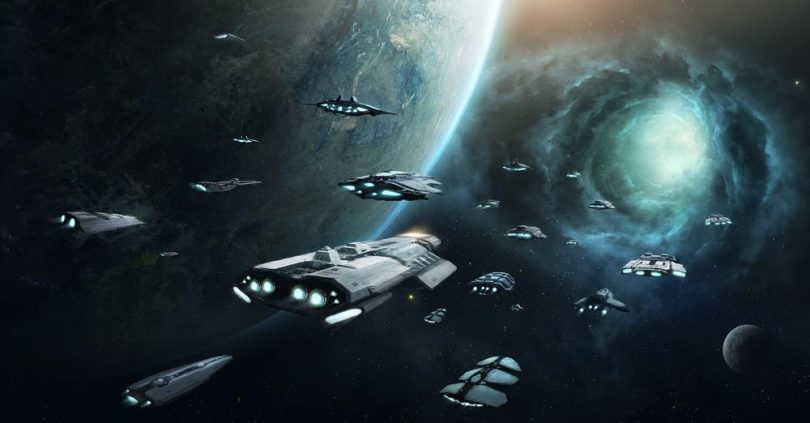 Many people relax watching the ISS (International Space Station) from their computer or mobile device or spend night observation evenings in front of telescopes.

On January 21, 2021, the live broadcast of the ISS (International Space Station) captured a fleet of UFOs flying through and below our atmosphere.

While watching the live broadcast of the ISS on television, the witness noticed that several UFOs were flying through and under the ISS.

It was when he decided to pick up his phone to record the remarkable event.

Then all of a sudden the live feed switched to another camera and stayed off for a while afterwards, something that often happens when UFOs show up.

Last August, the Russian astronaut Iván Vágner, shared some images recorded by him from the International Space Station in which five unidentified flying objects could be seen flying over the south pole of the Earth.

A space enthusiast has asked NASA to clarify whether or not he witnessed the appearance of a UFO while watching the live broadcast of the International Space Station.

Experts consider that it could be Starlink satellites, of the American company SpaceX .. What do you think about it?