Warning: The magic method Tribe__Extension_Loader::__wakeup() must have public visibility in /homepages/20/d746359503/htdocs/clickandbuilds/MysteriousThings/wp-content/plugins/the-events-calendar/common/src/Tribe/Extension_Loader.php on line 157
 Did NASA Capture an “Ancient Mining Machine” on an Asteroid? – Mysterious Thing 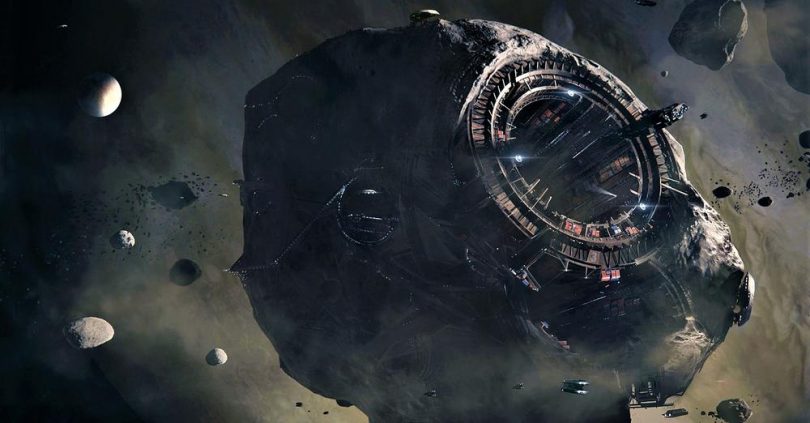 Asteroid 433 Eros is one of the strangest and most controversial in recent years. Both for its curious peanut shape, and for the mysterious finds that have been made on its surface.

Composed mostly of magnesium and iron silicates , the most common elements in the inner asteroid belt, asteroid 433 Eros continues to cause controversy.

It was discovered more than a century ago by astronomers Carl Gustav Witt and Auguste Charlois, in Germany. But it was in 2001, when NASA’s NEAR Shoemaker spacecraft landed on its surface, that it became “famous.”

160,000 images were captured by the space probe, in addition to identifying at least 100,000 craters . Thus, experts discovered that the asteroid was indeed a solid object, and not a heap of debris as was initially believed.

Thus began scientific studies on the object. Especially to calculate the probability of impact with the Earth in the future.

However, the strange thing is that in more than one of those photographs, different strange anomalies ignored by NASA can be captured .

In fact, the space agency assures that they are nothing more than rocks. But at first glance, the morphology of these objects that are not natural structures.

This strange image of Eros, captured on May 1, 2000 by the NEAR Shoemaker spacecraft, was captured at an orbital altitude of 53 kilometers.

According to NASA, it only shows a perfectly rectangular “rock” 45 meters in diameter . Is it possible for a rock to be so naturally perfect?

Due to this strange shape, many theorists have analyzed the image, reaching conclusions that, despite being surprising, are much more feasible than those of the US space agency.

That it is an old mining machinery . This theory is supported by data collected from the asteroid in December 1988.

According to this information, 433 Eros contains at least 20 billion kilograms of aluminum , in addition to colossal amounts of different rare metals on Earth, such as gold and platinum .

Knowing these data, is it not easy to imagine that this formation is not natural, but artificial?

An alien civilization may have used the asteroid to mine valuable metals.

If we add to that the initiatives of private companies to begin mining and extraction of resources outside our land borders , everything indicates that our civilization is heading towards the same path.

Is it possible that there are other samples of ancient machinery in other parts of the universe? Why does NASA insist on hiding this type of information from the public?